Brick City Live editor Andaiye Taylor sat down with former Urban League of Essex County Young Professionals (ULECYP) president Jason Grove, who is also a newly minted policy analyst for the City of Newark. Grove is one of ten National Urban League Honors award recipients nationwide at this year’s Urban League conference, which kicked off in St. Louis on July 26th. Grove discussed his award, his work and how the political landscape of the city might change as its demographics shift. 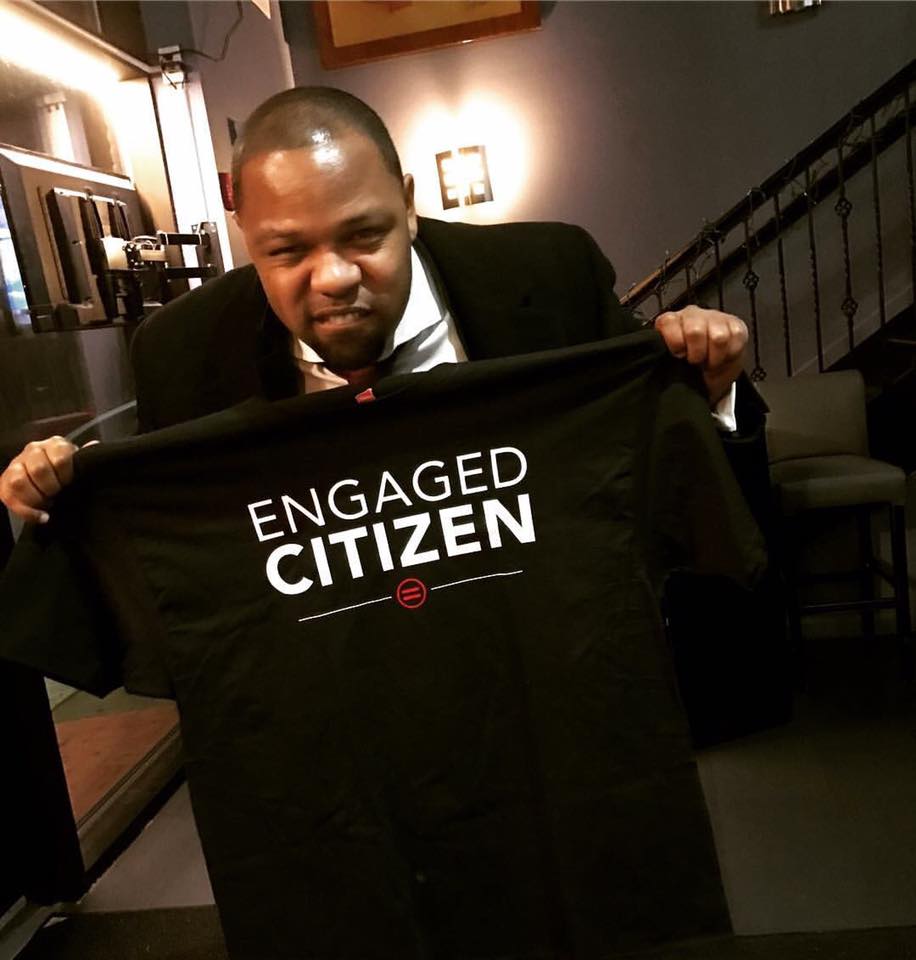 Andaiye Taylor: Tell me about the award you’re getting.

Jason Grove: So this is the YP (Urban League Young Professionals) Honors award. It’s a national award given to members of the Urban League in the 21-to-40 demographic across the country who have impacted their communities in some way.

There’s individuals from the East Coast, West Coast and all in between that have either participated in the Urban League’s programming, or created some type of programming themselves, that has had an impact in the areas of education, jobs, justice and others.

The idea behind it is to recognize individuals who really embody those principals in some way, and are showing gains [through their work].

Taylor: What did they recognize you for specifically?

Grove: For me, in the area of civic engagement and also as a rising Democrat.

Insider NJ put out a list last year of the 100 most powerful Black individuals in politics in the state of New Jersey, and I was number 55 on that list. I think that was a game changer for me in terms of recognition. And to be quite honest, I didn’t know exactly what I had done to get on that list, but I think that my voice over the last two-and-a-half years [as ULECYP’s president] has really been a driving force among our demographic to advocate on different social issues like crime, equality, equal pay and finding jobs.

I think that’s where my voice was. And creating relationships and building my own personal name as an influencer, and advocating for the community.

Taylor: How are you continuing that work now that you’re no longer in a YP leadership position?

Grove: I’m really reassessing which area I want to give back to the community in. I’m taking the summer to kind of figure that out. I still support the organization and the Urban League, which is going through some changes in terms of how it’s going to function in the community. They’re going to provide more robust services to the community and also across the state, so I’m looking for opportunities to still stay involved.

Working for the City of Newark now as a policy analyst is a totally different ballgame. I get an opportunity to deal directly with issues that affect 300,000 people in the city. Right now I’m trying to do everything that [Mayor Ras Baraka] needs me to do to make sure we’re doing what’s best for the residents.

Grove: My work product is a lot of memos and research and recommendations to the mayor, as well as corporation counsel, about different issues and challenges that the city has. I advise, write and communicate with stakeholders regarding issues to make the city better.

Grove: Everything from Garden Spires [the city’s lawsuit over building conditions] to inclusionary zoning to different tax abatements. A lot of that stuff is back-and-forth with the council to make sure we get something that will benefit the residents. And also the mayor’s “Hire, Buy, Live” initiative. All of those things that require a lot of different moving parts and a lot of people to move them forward.

I just came on with the city in May, so a lot of this stuff had been in motion [already]. Right now I’m just lending a hand and lending my thought capital wherever I’m needed to try to move initiatives forward.

Grove: It’s a little bit of both. Because of the shortness of my tenure thus far I haven’t taken a lot of positions where I’m making strong recommendations. But I’ve been doing a lot of analysis, a lot of communication with local and national organizations and stakeholders about important issues.

What I foresee, and what I envision for myself, is really helping create policy and shaping the direction the city is going in. Living downtown now, the culture of [this neighborhood] is changing. Places and spaces are changing and our policies and ordinances need to change with the times.

I want this town to be a 24-hour town. We really want this town to have culture, and we want to highlight the great things that are happening here. I feel like it starts in the wards and all roads lead downtown. I’m anxious to see how the South Ward develops, the West Ward develops, parts of the East Ward develop. Downtown is kind of like the center of it all where entertainment, art and culture happen. I’m excited to see the things we’re working on take shape over the next few years. 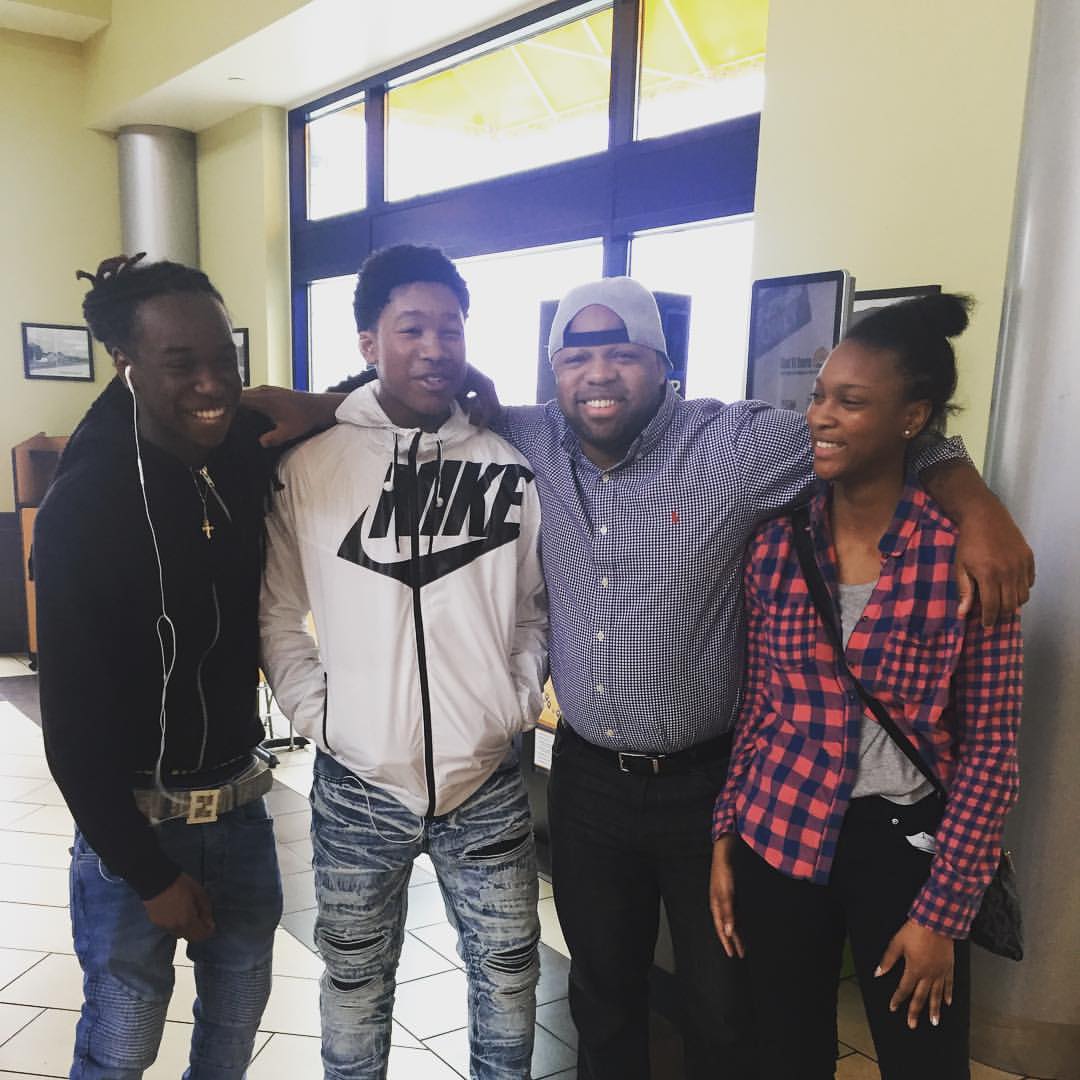 As ULECYP president, Grove helped organize a bus trip to Washington D.C. for local students. Among them were his three younger cousins. Photo courtesy Jason Grove

Taylor: Why should a young person become a Democrat? And can you answer that in a way that highlights what Democrats have to offer, and what young professionals can offer the party, in addition to historical opposition to Republican party principles?

Grove: That’s a tough question, but I’ll answer it like this.

I think that all politics are local, right? So when you look at the Democratic party in Essex County and here in the City of Newark, a young professional should be a Democrat because the Democrats are advocating for moving the needle forward in the social justice space. We are really going to bat for underserved communities who are the most vulnerable and at risk. And we’re fighting at every level.

I think Republicans have a different view. I think that there’s some areas where Republicans do a better job in terms of small business, but I think that in terms of the Democratic party, it’s a great option because it’s a very progressive party. With elected officials it’s a give-and-take and a balance, but locally I think they’re the best option.

I’ve been a Democrat since the first time I voted in 2008 for Obama, and I did that because it was the cool thing to do. I didn’t really understand what it meant to be a Democrat or Republican–I had to educate myself on what that meant. But when it come to the rights of women, individuals with disabilities–[all of the] communities that are most vulnerable–I think Democrats have our best interest at heart. 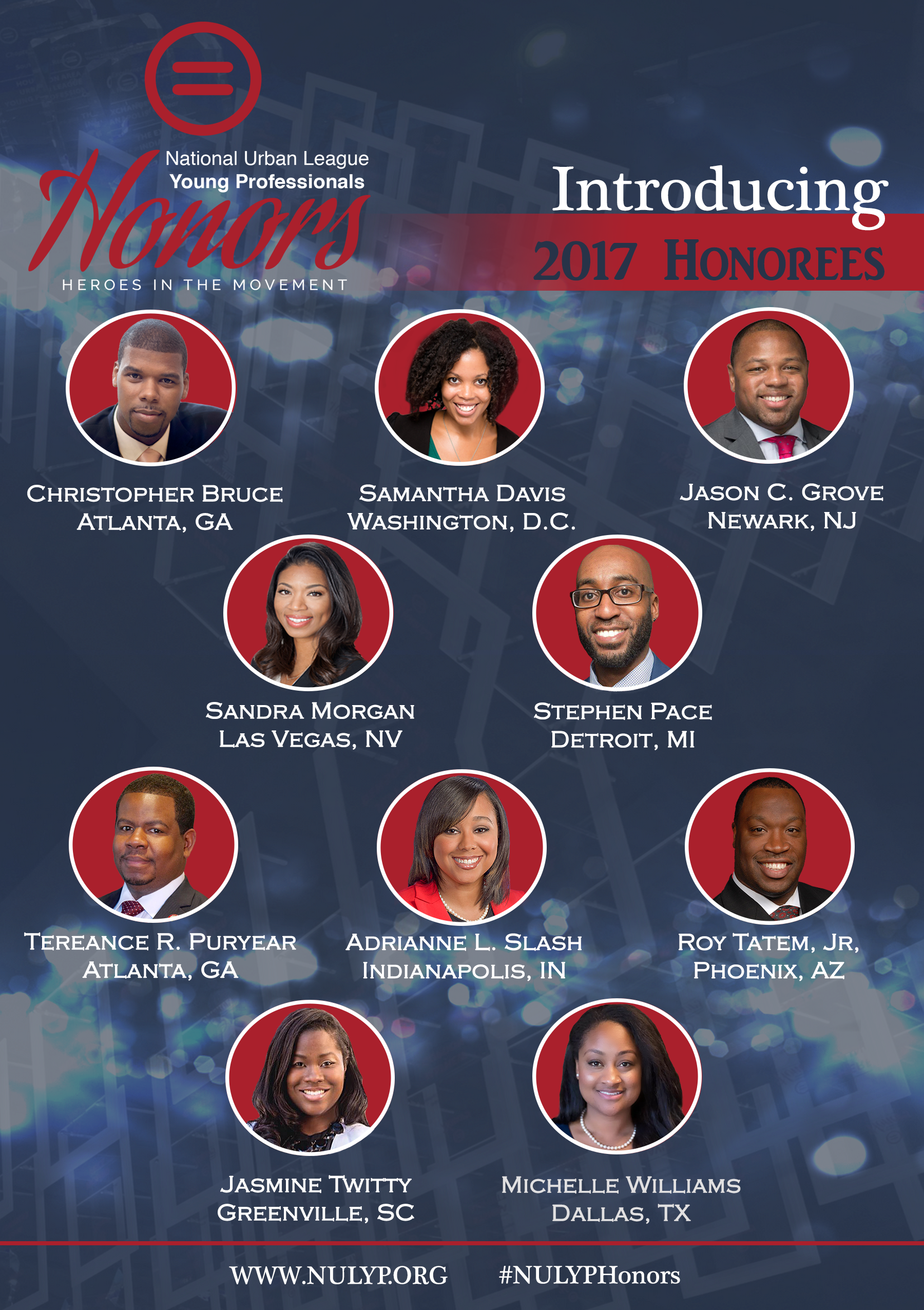 Grove is one of 10 young Urban Leaguers nationwide being recognized for their work.

Taylor: Newark is basically a single-party town. If all politics are local, what nuance does that political monopoly bring to the mix?

I don’t think that we’re too far off from having more diverse political representation. As ideas change and more people move to the city, I think you’re going to get a diverse pool of ideologies. I don’t necessarily see more Republicans, but a lot more independents and third-party affiliations. I think that as people grow to understand where the Democratic party or the Republican party don’t work in their favor, that you’ll see a lot more independents and third-party affiliations. But I think that’s going to come with a shift in the [demographics of the] community.

I read a statistic one time that most of the time, [whatever party] you vote for the first time, you’ll vote for in many of your next elections. What Obama did with first-time voters, especially here in the state of New Jersey…I think the Democrats will have a stronghold for a while.

Taylor: Back to St. Louis. Besides collecting your award, what’s on the agenda?

Grove: It’s the National Urban League’s conference, and I’m going as Essex County Young Professionals’ immediate past president [the group’s new president is Porche Hardy]. The Urban League of Essex County YP submitted a Chapter of Excellence award packet. And that packet is a review of all of the national initiatives that the Urban League has done throughout the year, and what our rendition of those programs was locally. So whether it was National Day of Service, whether it’s programs like National Day of Empowerment or voter engagement workshops, we’re evaluated and graded and assessed on how much money we raised, service hours we did, what our chapter growth looked like. Over 100 chapters submit the same type of report, so we want to find out how we fared.

Taylor: So you find out there?

Grove: Yeah you find out there. There’s a big award ceremony. The reigning champions are Thursday Network, which is a chapter in [Washington] D.C.

There are also a lot of Fortune 50 companies sponsoring the conference. Google is sponsoring a reception for us. There will be an opportunity for all of those companies to mine talent. So I’m excited. I’ll be making new relationships, and it’s just good to see brothers and sisters in the movement doing the same thing that you do.

One of the things I’ll probably say in my acceptance speech is that two-and-a-half years ago when I became YP president, I never thought I’d meet such brilliant and amazing people. They say iron sharpens iron, and I don’t know that I was a strong, forged piece of iron when I came in as president. I’m thankful for my peers–I’ve definitely grown in the time since I started.

Tip us off about other locals making big moves on the big stage. Email us at news@brickcitylive.com.

It's tune-in time. Newark Radio Co-op launches Saturday, November 18th online at newark.fm
Take a self-guided tour of the best of the city with release of Newark-themed...