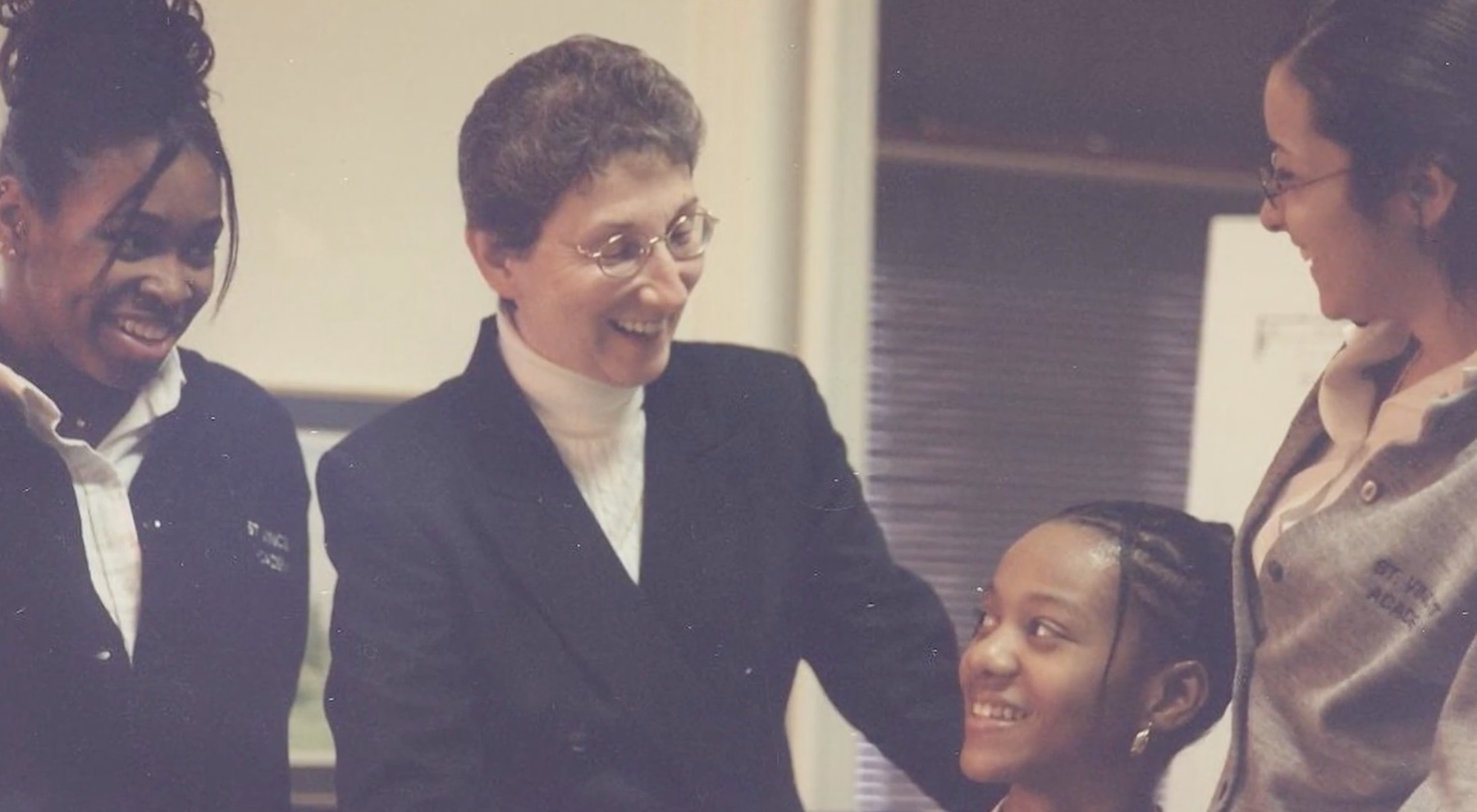 The program was created to recognize people who have contributed to Newark through their work or community service efforts. Two finalists apiece were chosen from November to February, and were honored at New Jersey Devils home games at Prudential Center.

An online voting period for the grand prize winner took place in March, and Favata garnered the most votes and won the grand prize: a pair of tickets to Prudential Center events, including Devils games, for one year starting July 2017.

Sister Favata directs the day-to-day administration of Saint Vincent Academy as one of a three-member administrative team who works in tandem with the school’s faculty. She arrived at the school in 1969, and since then, has been committed to helping Saint Vincent maintain its rigorous academic programs, which have resulted in top-notch graduation and college matriculation rates (in some years, that figure has been 100 percent) and millions of dollars in merit-based scholarships being earned by its student body. Young women of color and children of immigrants comprise a significant portion of Saint Vincent students.

“I have such deep belief in the girls there,” Sister Favata said in her nomination video. “The goal is to make them feel good about who they are, to make them feel confident in themselves, to provide them a skill set that will be transferable so that they can always be successful.”

Sister Favata recognized her seven co-nominees in a statement about her award, while also putting Saint Vincent and its community front-and-center: “I congratulate each of them and celebrate in gratitude the chance given to me as the winning candidate to lift up Saint Vincent Academy and her dynamic community of educators, students, parents, friends and funders.”

All eight finalists received a $1,000 donation to a charity of their choice, and will be invited to a celebration dinner at Kiyo Sakaguchi Hall in Prudential’s new office tower in Newark.

The finalists and grand prize winner were selected by a panel that included of City Councilman Luis Quintana; The Star-Ledger columnist Barry Carter; Senior Manager of Special Projects for the Office of Mayor Baraka Trevor Phillips, and representatives from Prudential, Prudential Center and the New Jersey Devils.