by Anthony Mcphall, as told to Emily Manz

Armani Mcphall, age 19, was killed on South Orange Avenue in Newark on December 22, 2016. His father, Elite Heat Boxing Gym owner Anthony Mcphall, reflects on the life of his son, who he called a “game changer” and “a gift.” 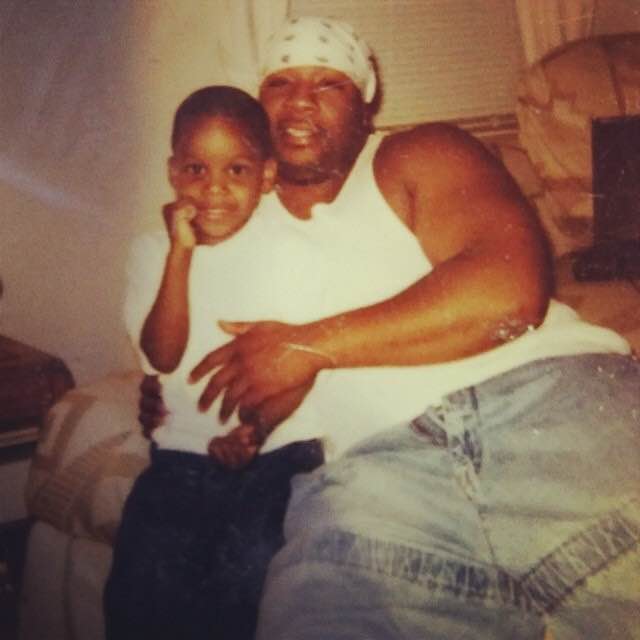 I was young when Armani was born.

I remember putting lotion on my baby. I remember when he had colic. I remember taking him to get his shots and registering him for school.

I wasn’t doing much when I became a father. But I took full custody of Armani at three months old, and he made me work real quick. I stopped all the B.S. I found a job, and a babysitter. I got a new set of friends that I’d be okay with him being around.

It was a lonely time.

My mother had already raised five children. I didn’t want her to have to raise my son.

The weeks since Armani’s death, I have moved from being an unmanageable mess to a manageable mess. My feelings have been all mixed up like a Rubiks cube. My family has helped out a lot. My brother and my mother have been there. I don’t want to isolate myself.

I keep thinking about all the things we did together. My boy was attached to me. It’s like…unreal. 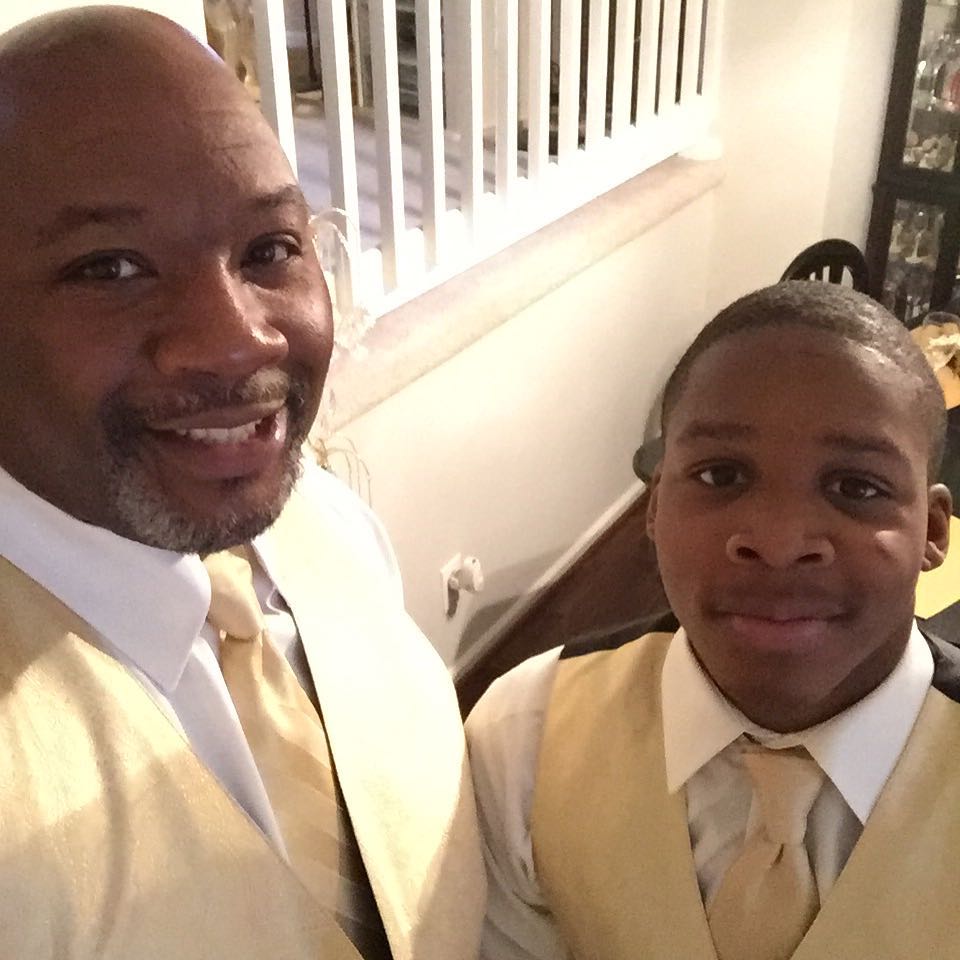 Armani was very important to me. I knew a lot of kids that didn’t have fathers. In my life, my mom was mom and pops. Kids would say they wish they had a pop like me.

We traveled. I took Armani to see other places, so that he would know not everyone lives like they do here. We went to Montego Bay, and Armani invented the “Spongebob” – [a drink] made from Sprite and lemonade. Soon, all the kids were drinking them. I told him, “Your first passport has a lot of stamps in it – that means something you know.”

Armani got along with a lot of people. On his 15th birthday, I asked him what he wanted. He said, “Dad it’s not about me,” so he took his birthday money and we bought food and drinks and the necessary day-to-day needs like shaving razors, soaps, travel toothpaste, toothbrushes, wash rags, deodorants and packed them in small Ziplocs and went down to Penn [Station].

Later that day, Armani was talking to one guy a lot at the station named Terrance. Armani and Terrance exchanged cell numbers. He told Armani his birthday was in June. Armani bought a ticket from [professional boxer] John Thompson’s–Apollo Kidd’s–father for a fight Apollo was in at the Prudential Center for Terrance’s birthday. The day before the fight, he had me take him and Terrance to a store in Irvington Center to buy him a cheap outfit, a haircut, and to Foot Locker to buy sneakers. After the fight, we went to Buffalo Wild Wings, then he spent the night at a hotel. The next month, Terrance got an apartment through the state living next to Lincoln Park in Newark. He called Armani and told him “thank you” and [that] he appreciated him.

Armani was a jokester. One time he tricked his Uncle Vince big time. Vince played the lottery at the Chinese restaurant and Armani stood behind him and heard the numbers he picked. Later that night, Armani said, “You know they picked the numbers already–did you win?” He then announced the numbers he knew his uncle had picked. Vince was so excited he barged in on me in the shower to tell the good news. He didn’t speak to Armani for two weeks, he was so mad after.

Armani was mad talented. He started at Dewdrop Boxing. His class was full of 15- to 16-year-olds, and he was like five or six. He was eight at his first fight in Paterson, New Jersey. He’d trained three years for his first fight. By the second round, the fight was over. The second round was done, and he’d won. 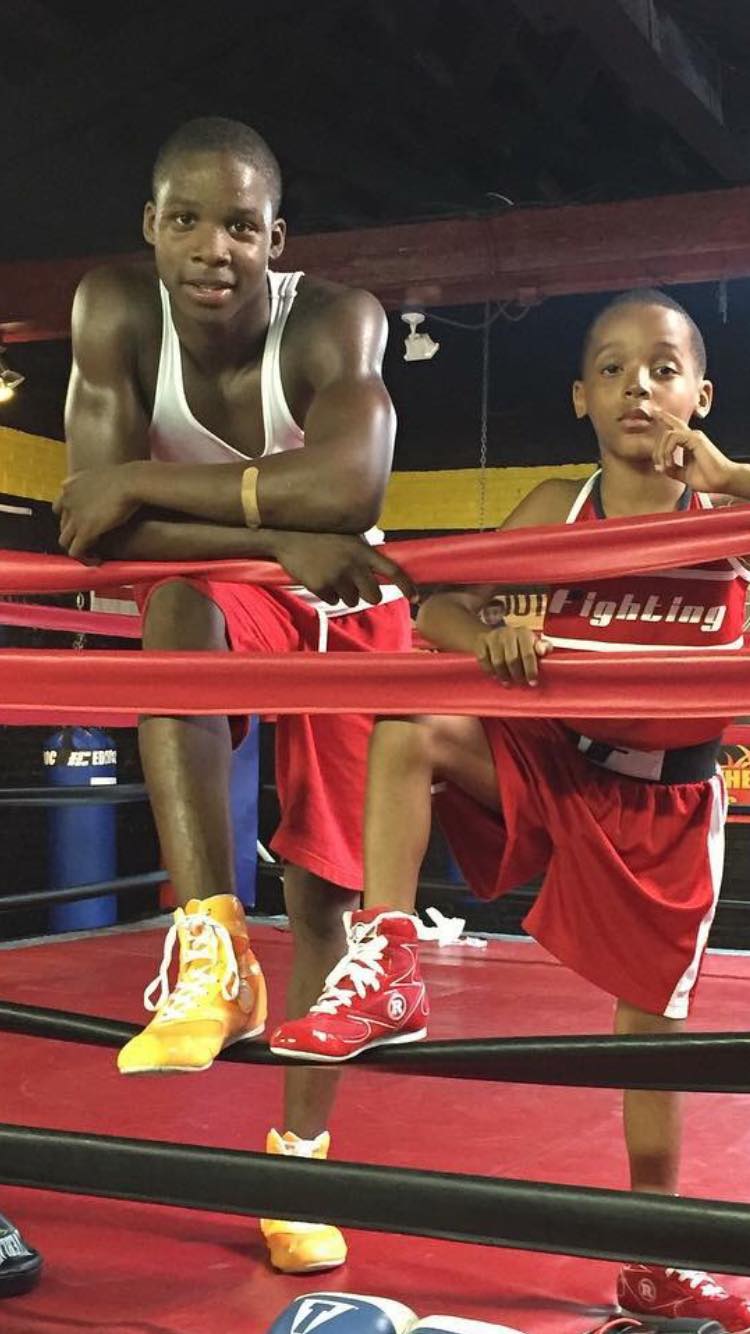 He went on to win a Ringside Tournament in 2014. He was a Golden Gloves finalist. He participated in the Olympic Trials in Philadelphia for the 2016 Olympics. He was a natural at bodybuilding and posing. His Uncle Vince inspired him to get into that.

I remember our first contest; you’re supposed to get spray tanned. Someone said we could use PAM instead. I figured that would be just as good since it’s our first time, but by accident I sprayed him with the PAM with flour in it. We laughed so hard, and then he had to shower off.

The day it happened, I knew something didn’t feel right. The day started normal. I got a text from him asking if he could have some money for breakfast. We texted again later, around 3:30 p.m. Then, at 8:30 p.m., I started calling and calling and calling but the phone wasn’t answering. Did it run out of charge?

I got home and South Orange Ave was closed off, and I couldn’t get in touch with him. I got a call from a friend, Something’s happened to Armani. It just numbed me. I tried to run into the store. It was blocked off though, and I didn’t want to escalate the situation. I talked to the police outside and I was numb. I was wearing a T-shirt but I wasn’t cold. They were real matter-of-fact with me; there was no sense of urgency. They should have had a pastor there or someone to be sensitive with me.

I know post-trauma is real. It is recognized by the military. But they don’t recognize it out here. If 100 people are killed a year in Newark, that is 100 families with severe trauma. I want to turn tragedy and devastation to opportunity.

Armani’s funeral was overwhelming. I didn’t realize how many people were there until I got up and spoke. I had 1,000 people in front of me. All the pews in the back and upstairs were full. A lot of people thought I might get up and yell and be angry, but I composed myself and let people listen to me.

Kids are worth so much more than a t-shirt and a balloon on the ground.

Armani’s name is on the wall of the Boylan Street rec center already, and we’ll be working to paint one of the walls of the gym with his name soon. The gym will still be filled with my family. We’ll still be training young people. I got a story to tell. I have 19 years of him embedded in me. He lived 19 years at 100 percent. I miss him. I’m gonna have him live forever.

That boy was special to me. I know I’ll see him again.

I got a story to tell.

Interview edited for length and clarity. All photos courtesy Anthony Mcphall. Thank you to the family of Armani Mcphall for so generously sharing his story.