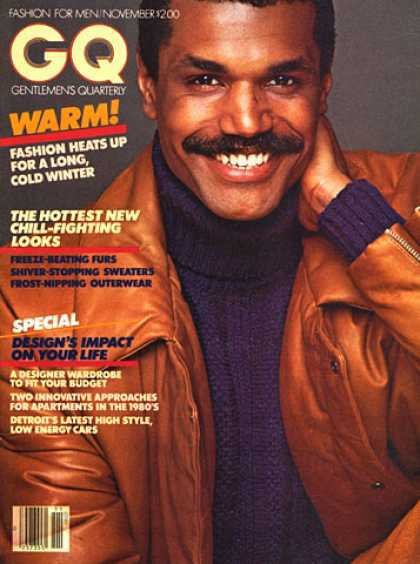 In 1979, Newark-born model Renauld White was the first African-American man to GQ magazine.

Friends, family and colleagues from the acting and modeling communities celebrated Renauld White’s 50 years “In the Business” at a gathering this past Saturday at Maize Restaurant in Newark’s Robert Treat Hotel.

In 1979, White was the first African American to appear on the ground-breaking cover of GQ magazine. His image subsequently appeared in more than 20 issues of GQ and inspired an entire generation of black men to follow their dreams. He worked for Europe’s Yves St. Laurent, Valentino, Armani and Versace. He has endorsed commercial products and services for Jamaica’s Board of Tourism, Delta Airlines, Bank of Boston, and Miller Lite Beer to name of few.

He was the only African-American among ten recipients to be honored by Fortune magazine as a highly successful leader in the fashion modeling industry. White also had the distinct honor of being one of the five persons named to receive the prestigious style award given by the Fashion Outreach organization. White also received a sculpture for the Thurgood Marshall’s Fashion Icon Award.

As an actor, White has drawn critical acclaim for his regional theatre work. He is most notable for his role as Julius Caesar and for his portrayal of Malcom X in “When the Chickens come Home to Roost.” Other credits include New York Theatre, as well as feature and independent films. Most recently, he has been seen on the CBS daytime Series, “Guiding Light,” on ABC-TV’s “One Life to Live,” and in numerous commercials.

Committed to community service, White shares his modeling and acting experiences in lectures and motivational speeches given to students throughout the country from elementary schools to universities. He also serves as an ambassador for the Laureus Sport for Good Foundation USA, doing grassroots work in the communities it represents with its mission of social change.

He plans to share his experience, insights, and day-to-day success in his forthcoming book.

In Partnership with the Devils and Prudential Center, Josh Harris gives back...