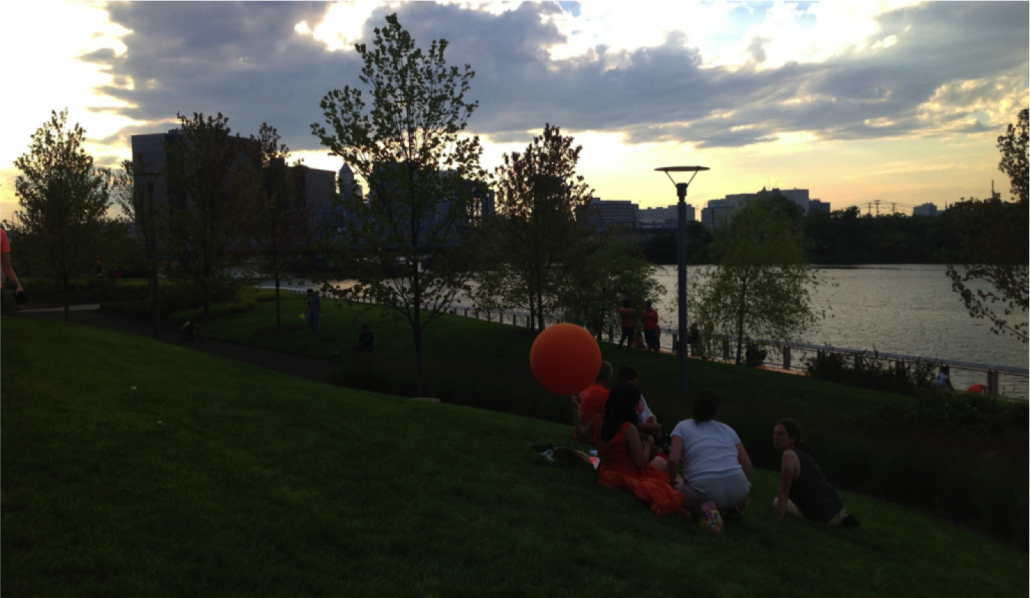 While Earth Day salutations conjure up images of flower-laden hippies hugging trees and one another, the reality of its roots are much grittier, mired deep in political struggle that has created major paradigm shifts of power dynamics.

Conservation efforts to preserve wilderness and keep the plants, animals, land and water that make up an ecosystem intact is still at the forefront of many major environmental organizations. However, the health and well-being of people has been the main focal point of the fresh-faced grassroots organizations that are springing up all over the nation. The movement’s most heated battles in the past few decades have been communities of color — often low-income, working class citizens confronting industry and claiming a stake in the decision-making that directly affects their living spaces.

So where did Earth Day start and why? Forty-six years ago Gaylord Nelson, the founder of the now middle-aged holiday, decided to shift the youthful energy behind the anti-war movement towards the air and water pollution rampant in America’s booming years. The end result was 20 million people taking the streets on April 20th to lift their voices on myriad environment-related issues and rally for a healthier, more sustainable environment. Out of the first Earth Day came the Clean Air, Clean Water, and Endangered Species Act, major environmental legislation to protect our most vital resources.

Fast-forward about 30 years, and we introduce a new facet of environmentalism termed “eco-justice.” The idea behind eco-justice is that environmental racism is, to quote at length from sociologist Robert Bullard’s The Quest for Environmental Justice:

…as real as the racism found in the housing industry, educational institutions, employment arena, and judicial system. Environmental racism in public policies and industry practices results in benefits being provided to whites and costs being shifted to people of color. Environmental racism is reinforced by government, legal, economic, political, and military institutions.

Bullard is an Alabaman sociologist known as the father of environmental justice. He discovered in the 1970’s that in Houston, Texas, 100 percent of the incinerators were located in black communities, even though blacks only made up 25 percent of the city’s population. He wrote the book Dumping in Dixie in 1990 that sparked conversations on the intersectionality between race and the environment, resulting in the “17 Principles of Environmental Justice” being put together at the First National People of Color Environmental Leadership Summit in 1991. Bullard later assisted President Bill Clinton in formulating the executive order requiring that all federal agencies consider eco-justice issues on their agendas.

Grassroots groups challenge the “business-as-usual” environmentalism that is generally practiced by the more privileged wildlife-and-conservation-oriented groups. The focus of activists of color and their constituents reflects their life experiences of social, economic, and political disenfranchisement. ~Robert Bullard

History has shown that communities of color have the most to lose when industrial endeavors go south. Out of these communities have risen powerful movements of working class folks of color pushing back for the safety and health of their communities.

Today marks the unfortunate anniversary of the BP oil spill that wreaked havoc on the Gulf Coast. The worst environmental disaster to date was felt most by the working class community that depends on the water as a source of income. African-American oyster fishermen had their entire livelihoods stripped as contaminated waters wiped out the oyster population almost immediately. A riveting documentary entitled “Vanishing Pearls” by Nailah Jefferson outlines the story of the Pointe à la Hache fishermen and their mobilization to get compensation and restore their way of life.

Across the nation, communities of color are up in arms to keep the integrity of their communities intact. In North Dakota, the Three Affiliated Tribes made up of Mandan, Hidatsua and Arikara people are mobilizing to keep their reservation land at Fort Berthold out of the hands of the fracking industry. In Chester, Pennsylvania, coalitions of faith-based institutions and activists at the DelCo Alliance for Environmental Justice have worked tirelessly to keep incinerators that burn trainloads of trash from New York City at bay.

And here in Newark, the stalwart Greater Newark Conservancy offers job training and student internships, and has built an ambitious central city Urban Environmental Center, while the multicultural non-profit organization Newark Science and Sustainability takes a multidisciplinary approach to educating the community about the environment and healthy living, and creates partnerships to tackle environmental justice issues and their effects. Most of these grassroots groups are volunteer-based, working off of their own resources or little-to-no funding, yet with relentless commitment they are seeing slow but steady victory over industry once thought a formidable and insurmountable foe.

Earth Day has become more than just another day to appreciate the budding flowers or recite “Reduce, Reuse, Recycle” ad nauseum. It has become a global day of solidarity, to remind the powers-that-be that communities are wide awake and unwilling to accept the costs of their health and quality of life for the financial benefit of a few.

Joanne Douglas is an elementary science teacher at Jubilee School, an environmental activist, and founding member of EDGE (Encouraging Development of a Green Economy), a grassroots eco-justice arts collective based in Philadelphia, Pennsylvania. She can be reached at joannedoug@gmail.com.

Home news: Introducing Brick City Bucks! More about this free program and how...

End of the beginning: Rashawn Davis finds his footing after Newark’s municipal...
Scroll to top