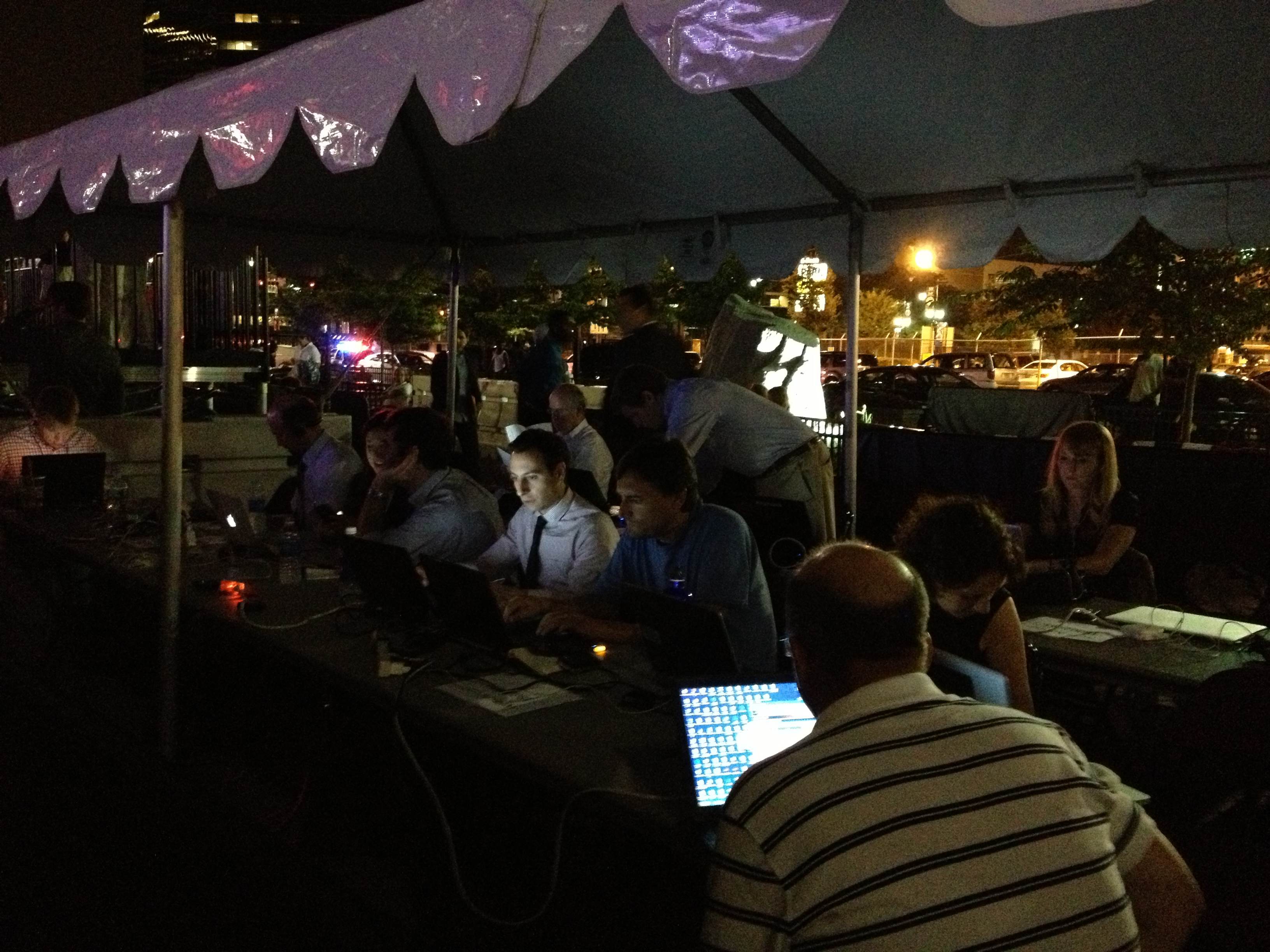 Booker campaign employees man social media at Championship Plaza downtown Newark following news of his victory in the New Jersey Senate Democratic primary on Tuesday, August 12. With over 1.2 million Twitter followers and long-standing connections to Silicon Valley that extend back to his undergraduate Stanford days, Booker is the poster child for social media and tech savvy among politicians. In addition to staff, volunteers, supporters, and onlookers, Newark mayoral candidates Ras Baraka and Anibal Ramos were both seen in attendance. A Tribe Called Quest frontman Q-Tip spun records before Booker’s victory speech.

Cyndi Lauper, chatty and funny, gets 'Unusual' in Newark - NJ.com

Shot of the day: A growing pain on Halsey Street

From the BCL vault: Power restored after Hurricane Sandy, Halsey Street stalwarts get back to work

Booker's Newark: How has it fared? - Philly.com

TravelingMad: I don’t have my passport yet, but I still want to travel
8 replies

Shot of the day: City of the arts
Scroll to top