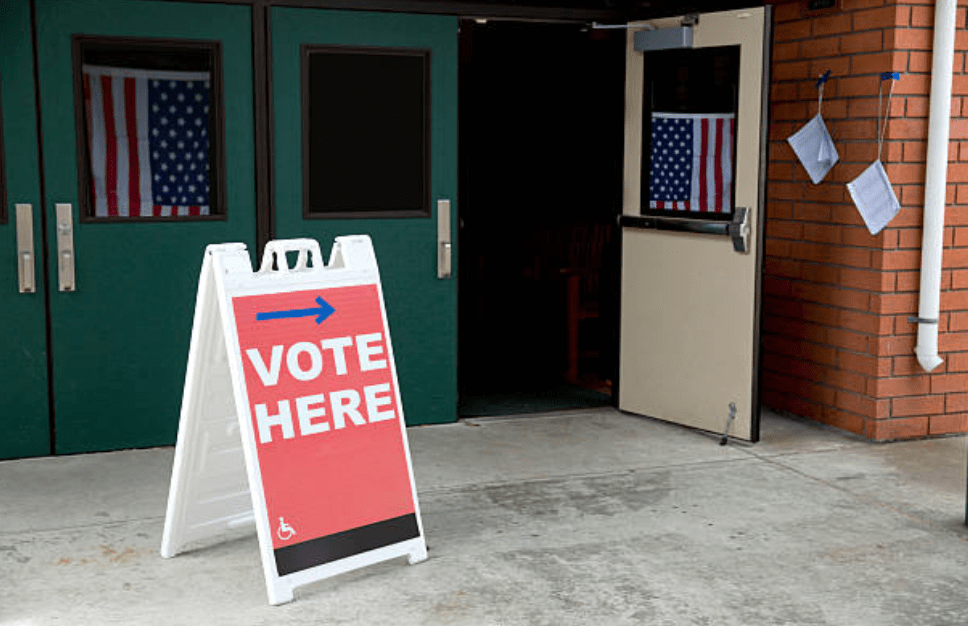 For this 2018 midterm elections, all eligible New Jersey voters will have an opportunity to decide on one United States Senator and on borrowing more money from the federal government to fund education. Essex County voters will also decide on a U.S. Congressmen, county executive, county surrogate and county sheriff. Newark voters will decide the terms of governance for the future school board of Newark Public Schools, which are under local control as of February 1, 2018.

Look up your polling place:

There are 100 United States senators total. Each state has two senators, each of whom serve six year terms. While senators are elected every two years, elections are staggered so that only one-third of U.S. Senators are elected in any election year.

Bob Menendez and former Newark mayor Cory Booker, both Democrats, are the senators for New Jersey. The last elected Republican senator from New Jersey left office in 1979 (Jeffrey Chelsea, a Republican, was briefly appointed to Frank Lautenberg’s seat as a caretaker upon his death until the special election that saw Cory Booker assume Lautenberg’s seat).

Two-term Sen. Robert “Bob” Menendez (D) is up for re-election this year against Bob Hugin (R). Although Menendez is up for reelection in a traditionally safe blue state, his recent legal troubles, and Hugin’s exploitation of them in negative campaign ads, make the outcome more uncertain than Democrats are used to. Menendez went to trial last year on federal corruption charges for allegedly misusing his political power to solicit favors for other people–a set of charges he denies. The U.S. Justice Department dropped the charges following a mistrial. Menendez currently leads Hugin by 7.7 percentage points in RealClearPolitics’ most recent polling average. By contrast, Menendez beat his last Republican opponent, Joe Kyrillos, by nearly 20 percentage points in 2012.

Former pharmaceutical drug CEO Bob Hugin has spent millions to unseat Menendez. Hugin has openly supported President Donald Trump and donated to Trump’s 2016 presidential campaign. Hugin was bedeviled on the campaign trail by allegations that his company, Celgene, raised costs of critical cancer drugs by 20 percent in less than one year on his watch. The company was also cited by Bloomberg as one of the top 50 companies on the S&P 500 with cash stockpiled overseas as safe card from corporate taxation.

The Securing Our Children’s Future Bond Act authorizes the state to acquire debt of $500 million. The money will be use to provide:

These funding priorities are responses to concerns about school safety in the wake of the Parkland School shooting left 17 dead and threats to students’ health in schools around the state due to lead contamination. Investment has the potential to offer a return on investment due to a better-skilled workforce that can eventually become tax payers.

The state’s Commissioner of Labor and Workforce Development will work with the Commissioner of Education (for votech expansion) and the Secretary of Education (for community college expansion) to establish the procedures by which vocational school districts and county colleges can apply for grant money to fund their projects, with priority given to proposals that 1) incentivize careerlong training, 2) emphasize partnerships between community colleges and votech school districts and 3) partnerships between county colleges/votech districts and corporations for on-the-job training.

There are 435 U.S Representatives in total, apportioned by the population of each state. New Jersey has 12 representatives–one for each of its congressional districts.

Newark is in New Jersey’s 10th congressional district, which is inclusive of portions of Essex, Hudson, and Union counties. Parts of Newark are also included in the 8th congressional district. Representative Donald Payne, Jr. has served in congress since 2012 and is campaigning for re-election against Republican candidate Agha Khan. Payne’s father, Donald Payne, Sr., held the seat for 23 years before he passed away in 2012. The seat has been held by a Democrat since 1949.

Payne, a liberal-leaning Democrat, sits on the Homeland Security and Transportation and Infrastructure committees, and he primarily sponsors bills in Health, Emergency Management, Transportation and Public Works issue areas. Earlier this month, Trump signed into law a Payne proposal intended to strengthen security in public areas of transportation facilities, including airports. The proposal originated as the Payne-sponsored Securing Public Areas of Transportation Facilities Act of 2018 and was merged into the FAA Reauthorization Act of 2018.

Payne has missed 10.4% of roll call votes from November 2012 through September 2018–5 times more than the average among lifetime records of representatives currently in office, according to his 2017 report card.

While 21% of the bills Payne sponsored were introduced by a legislator who was not a Democrat, slightly higher than both the New Jersey congressional delegation and House Democrats overall, he also writes fewer bipartisan bills than his colleagues.

Alturrick Kenney is the Democratic candidate running against Republican John Anello to replace Theodore “Ted” Stephens. Stephens was sworn into the Surrogate position in 2012 and was appointed acting Essex County Prosecutor by Gov. Phil Murphy in September of this year.

Kenney unsuccessfully ran for an at-large seat on Newark’s municipal council in 2014, and later joined Mayor Ras Baraka’s administration as the manager of port activities for the City of Newark in 2016. Kenney is backed by the Essex County Democratic Committee for the seat. Anello is an attorney and a former Belleville planning board member. Democrats have not lost a race for Surrogate since 1986.

The Surrogate is the judge of the county’s Surrogate’s Court and Deputy Clerk of the Superior Court, Chancery Division, Probate Part. The average resident might interact with the Surrogate’s Court when a loved one dies, when adopting a child, or if they assume guardianship of a minor or incapacitated person–someone who is mentally or physically unable to care for themselves. Business before a Surrogate’s Court could include validating a will, or seeking documentation required to officially handle a deceased relative’s affairs, like managing bank accounts or transferring real estate.

Armando Fontoura up for re-election as County Sheriff against Pasquale Capozzoli.

The County Sheriff serves a three-year term and is responsible for law enforcement at the county level. Deputies carry out most of law enforcement duties (including bailiff obligations to the court) while the sheriff supervises those activities.

Fontura is responsible for operating the largest Sheriff department in the state. He was appointed in 1990, elected in 1992 and has been re-elected in every election since, making him the longest-tenured sheriff in Essex County history.

The sheriff has the Essex County Division of Police under his command, supervises the Bomb Squad, and is county coordinator for the Essex County Office of Emergency Management, directing regional response to natural and manmade disasters in addition to acts of terrorism.

Joseph DiVincenzo, Jr. up for re-election as County Executive against John Chiala.

County Executives serve four-year terms. Essex County is one of only five counties in New Jersey with an elected county executive. DiVincenzo was elected County Executive in 2002 and has served since 2003.

The Essex County Executive is the chief officer of the county’s executive branch who:

Which type of school board should the Newark Board of Education have: mayor-appointed (Type 1) or elected (Type 2)?