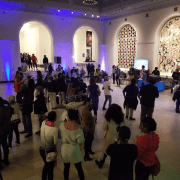 Manny Faces posts up at Newark Museum for the “For Freedoms” installment of the Museum’s “Late Thursdays” series. 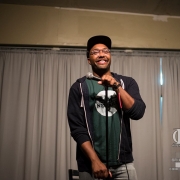 The comedy series just celebrated its fourth year of showcasing comics from Newark and throughout the region at Kilkenny Alehouse. 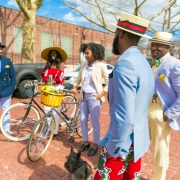 As promised, the organizers are back with a spring-themed ride featuring seersucker and linen, plus a tour of significant places in Newark’s South Ward. 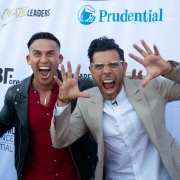 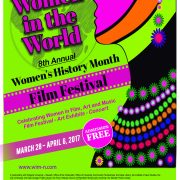 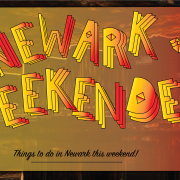 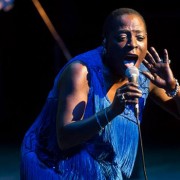 Pictured above: Sharon Jones sings with The Dap-Kings in “Jazz, Soul & Funk.” (Photo by Laura DiMeo)

To a certain extent, organizers of NJPAC’s fourth annual TD James Moody Jazz Festival know how show-stopping moments will play out, but have no way of predicting the impromptu encounters that crop up when longtime jazz colleagues, friends and fans cross paths on stage or along Sarah Vaughan Way in front of the building.

Schreiber himself was part of an unbilled quartet that was seen frequently and in all the right places from Nov. 4-15. His mates included jazz aficionado Nick Miceli, Market President of TD Bank, the festival’s title sponsor; Linda Moody, widow of the famed Newark saxophonist for whom the festival is named; and NJPAC Jazz Advisor and Grammy-winning bassist Christian McBride, whose duties took him on stage and behind the scenes. (Even busy NJPAC staffers will go out of their way to listen in when he conducts a master class at the free family event, Day of Swing, this year commemorating the Billie Holiday centennial.)

And not all of these reunions and special interactions among artists and their supporters occurred in front of audiences. Here are some instances of karma that could only happen at Moodyfest:

Jazz: a man’s world? Not according to the women whose presence at the festival was felt mightily, beginning with the Judy Carmichael Trio on Nov. 8. 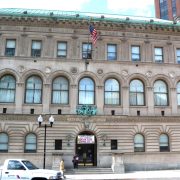 The Newark Public Library’s annual Hispanic Heritage Celebration will feature an exhibit Beyond Exile: Cubans in New Jersey and a series of complementary public programs at the Main Library on 5 Washington Street.

New Jersey is home to the second-largest Cuban population in the United States; the area of Union City and West New York was nicknamed “Havana on the Hudson” in the late 70s and 80s. Beyond Exile illustrates why Cubans were drawn to the Garden State during the second half of the 20th century and how— as they built strong, intimate, and vibrant communities—they transformed the culture and economies of many towns in Northern New Jersey.

The exhibit also examines the roles of women, the arts, religion, political culture, and the effect of exile itself in the community’s immigrant experience. It includes a selection of works by Cuban-American artists, historical maps of La Habana, photographs, and vintage Cuban postcards from the Library’s Special Collections Division. The exhibit will be on view in the Main Library’s 2nd Floor Gallery during regular Library hours, Monday, Friday, Saturday: 9:00 to 5:30 p.m.; Tuesday, Wednesday, Thursday: 9:00 a.m. to 8:30 p.m. from September 17 through December 31, 2015.

Sociologist Lisandro Pérez will present the keynote address at the opening reception on September 17 at 6 pm in Centennial Hall. Dr. Pérez has devoted his career to the study of Cuba, with particular attention to the Cuban presence in the United States. He is Professor and Chair of the Department of Latin American and Latina/o Studies at John Jay College of Criminal Justice, City University of New York and is the author of The Legacy of Exile: Cubans in the United States.

Additional programs include a concert, The History of Cuba in 12 Songs, on September 26 at 2 p.m., and a film screening of The New Latinos followed by a panel discussion on October 17 at 2 p.m. Both programs are cosponsored by Rutgers University Libraries as part of the ‘Latino Americans: 500 Years of History’ grant project.

A lecture and demonstration, Defining La Regla Lucumí: Dispelling Misconceptions about Santeria, on November 7 at 2 p.m. will explore the evolution of Santería in Cuba, its preservation as a legitimate system of belief and worship, and its connection to art, music and everyday life. This event is presented in partnership with La Casa de Educación y Cultura Latina, Inc. of Perth Amboy, New Jersey.

On November 21 at 2 p.m., viewers of the short film The Lost Child will follow the personal journey of one of the more than 14,000 children sent from Cuba to the United States by their parents in the early 1960s as part of what came to be known as “Operation Peter Pan”—the largest recorded exodus of unaccompanied minors in the western hemisphere. The series of programs ends on December 5 at 2 p.m. with Moving to the Rhythms of Cuba, a guided tour through Cuba’s rich and diverse dance and musical landscape, from early African percussion to modern-day Salsa and Timba.

La Casa de Don Pedro’s Domestic Violence Advocacy Program will host a Domestic Violence Prevention Fair in collaboration with the Newark Public Library and Union City Artist Collective. The event will be held on the 4th floor of the Library on October 5 through October 7 from 9 a.m. – 2 p.m.

On October 24 at 2 p.m., join author Fausto Romero for a book presentation (in Spanish) of the novel Los Rieles del Tamarindo – El tiempo del Cóndor followed by a discussion and signing.

The Newark Public Library is located at 5 Washington Street. All programs are free and open to the public. More details about the exhibit and programs are available at http://www.npl.org. Please call the Sala Hispanoamericana at 973–733–7772 or email ibetancourt@npl.org for further information or for group visits.

Find the above-noted events on here on BrickCityLive.com’s calendar. 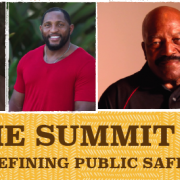 The Summit II will be held on Wednesday, September 9 from 10:30 a.m. to 5 p.m. at the New Jersey Performing Arts Center in Newark. Admission to the event is free, but you can RSVP here.

The event will include a press conference that will reveal a new public safety strategy and campaign, panel discussions, and networking sessions. All of the summit’s featured events will “define an agenda that changes the public safety narrative, emphasizing the need for individual and community healing” to intervene, prevent and reduce violence, the City of Newark said.

The campaign will take a grassroots approach to overcoming urban violence, such as “gang related, black-on-black, and police-perpetuated violence” the City of Newark said. The organizers believe the community needs to treat the issue through restorative approaches from the ground floor up.

The Summit II will target 15 cities nationally to reduce violence at all levels, using strategic healing intervention tools such as urban trauma recovery centers. They will also discuss investment projects, such as capacity-building mini-grants, and a dramatic shift in resource allocation.  Other strategies of the coalition include technical assistance, and systemic design for coordinated services between individuals and organizations committed to reducing violence.

Featured image courtesy of the City of Newark. 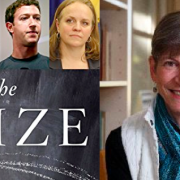 The Newark Public Library will be hosting a panel discussion and book signing to commemorate the publication of The Prize: Who’s in Charge of America’s Schools, by journalist Dale Russakoff, on September 10 from 6 p.m. to 8 p.m.

The Prize details the fate of the $100 million pledge made to Newark schools by Facebook CEO Mark Zuckerberg in 2010. The New York Times called the book “brilliantly reported” and a “sobering yet exhilarating tale” that may be “one of the most important books on education to come along in years.”

The book’s author, a former Washington Post reporter who is also a member of the Newark Historical Society, will be a part of the panel discussion.

Free books will be given out to the first one hundred event attendees, courtesy of the Victoria Foundation. The Prize will also be available for purchase and signing.

The free public event will take place in Centennial Hall in the library. RSVP by calling the library at 973-733-7793. The Newark Public Library is located at 5 Washington Street in Newark.