BrickCityLive’s full interview with Jimi Olaghere is now live. You can read it here.

We continue preview week with a first look at BrickCityLive’s conversation with Jimi Olaghere. The Newark resident’s story is more than a tale of one person’s entrepreneurship. It also demonstrates the extent to which Newark is at the world’s crossroads. 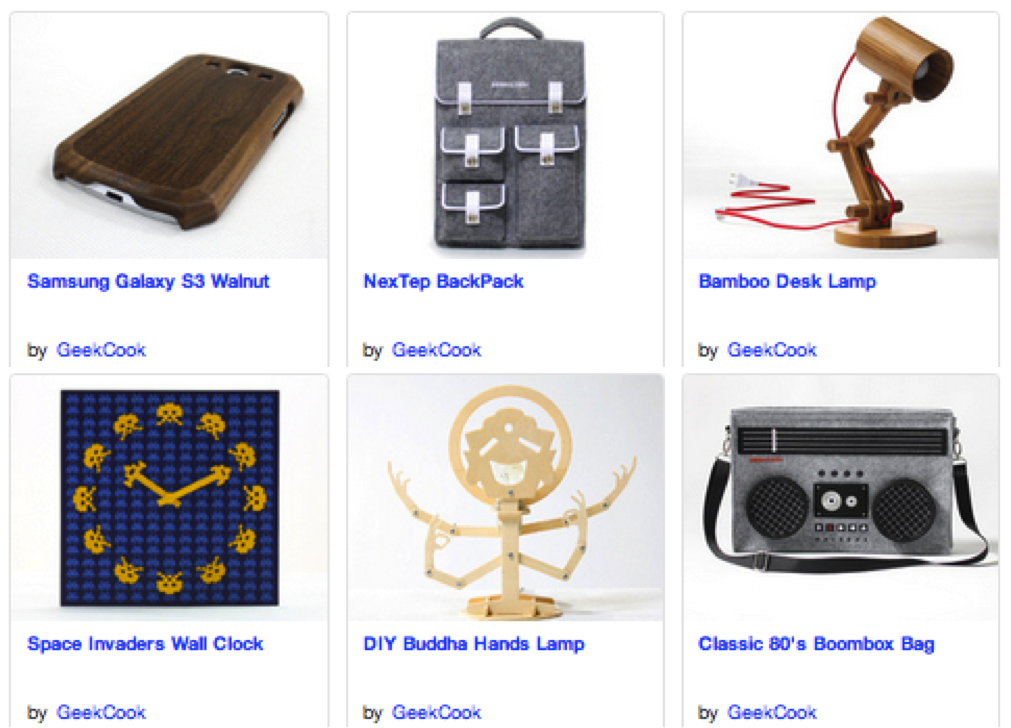 In addition to being one of the two organizers of Newark’s BrickCity Tech meetup, Jimi is the founder of GeekCookUSA, an independent accessories brand that creates unique products which cater to pop culture and technology enthusiasts. Because his partners in China design and manufacture GeekCookUSA’s products, Jimi does tons of virtual collaboration. But as a person who sells tangible goods, he’s also had to oversee the logistics of shipping by air, shipping by sea, and warehousing. Although he admits supply chain management can be painful, with the airport and seaport right here in town, he almost literally has the world at his fingertips (Jimi rides to Port Newark and helps load  shipments himself).

Check back for our full interview with Jimi for more details about his business. Want to know exactly when it’s published? Follow us on Facebook and Twitter.

We ask again: do you know this man?

He’s Max Henry, and he’s been selling house music and classics at Broad and Market streets for 20 years (disclosure: I’m a customer). BrickCityLive hung out with Henry this weekend to talk music, politics, who is benefitting from changes in Newark, who is not, and his not-so-hidden artistic talent. Look out for the full interview following our beta launch next week.

Update: You can now read our full profile of Jamaro “Dilettante” Bass here.

Have you seen this man?

For a lot of Newarkers, the answer is yes. From the community turkey giveaway to the art gallery, the economic development board meeting to the Weequahic Park running trail, Dilettante Bass has been a fixture in many different scenes all around Newark for years.

Now the Newark native and NJIT graduate is running for South Ward councilman, and the self-proclaimed “Renaissance man for a Renaissance City” has a phased plan for how to make the South Ward a locus of innovation and civic activity in its own right, block by block.

BrickCityLive sat down with Bass at Vonda’s Kitchen in Newark to discuss his plans for the South Ward and for the city. Bass – laid back, thoughtful, and deliberative – animates considerably when describing his ideas for how to build neighborhoods in the South Ward. Averse to what he sees as typical, empty generalizations about “building jobs” and “improving education”, Bass says what sets him apart is that he has an ambitious vision for Newark that can begin on a small, neighborhood scale. And that he has the skills, connections, and knowledge of how to navigate many sectors of the city to get them done. In doing so, he said, he can sell his broader vision to Newarkers not through rhetoric, but by pointing to the result down the street.

To borrow from rap legend Guru, we might say Bass’ approach to getting Newarkers on board is:

Here’s something you can feel
Styles more tangible, and image more real

Look for BrickCity Live’s full interview with Bass, who has a social media presence on Facebook and Twitter, to be published following our beta launch later this month.

The city of Newark, New Jersey is used to being the object of put-downs.

Back in 2009, late-night television host Conan O’Brien famously made this city of a quarter million residents the butt of a sustained series of jokes, and the slings and arrows didn’t end there. Look no further than Twitter to find the city being referred to as a “hell hole”, among other epithets, by people who have passed through.

Now, Newark is facing its latest and perhaps most damning brush with ignominy in the public imagination: last week, Conde Nast Traveler published the results of its annual Readers’ Choice Survey, and readers voted New Jersey’s largest city the “unfriendliest” in the entire world.

Galvanized by the vote, two local women decided to combat the slander by serving up smiles from the city.

Her friend Gizelle Clemens, a Newark native and public administration master’s student at Rutgers University, was equally incredulous when she read the story. “I don’t even know if they’re interacting with true Newarkers or just the Newark Airport system,” she said of the people who voted in the survey. “But you can’t just come through there or [Newark] Penn Station and say you interacted with Newark.”

Not content to simply grumble about the survey and move on, Manz, who works at Brick City Development Corporation and runs a monthly walking tour of downtown Newark, and Clemens launched a new Tumblr blog featuring smiling Newarkers in an effort to push back against the Conde Nast survey results.

The two kicked off the initiative Tuesday. At lunchtime, the pair walked around the city’s downtown district for an hour, paper signs in hand. Some ironically declared “I’m with meanie” and “Mean girls”. Others played it straight, with messages like “Come to Newark and be my friend!”. Clemens took the role of conversation starter, asking Newarkers to don their brightest smiles for her camera while holding the paper placards. It was all an effort to show the world that there are plenty of Newarkers of good humor.

They didn’t find it difficult to get people to join in. “We asked people if they knew Newark was rated most unfriendly, and people would be like, ‘I heard that!'” said Manz. “People thought it was pretty intense that Newark was rated literally the unfriendliest city in the whole world, so they got on board.”

Although they kicked off the project downtown, Clemens said they plan to visit a variety of Newark neighborhoods. Growing up in city’s North Ward and spending some time in the South Ward, she said she had experienced plenty of friendliness. “I could come home late at night and people would keep their eyes out for me,” she said.

Manz said a pop-up photobooth project in Minneapolis inspired the idea. The Newark-based project is “like that photo booth idea, except we’re going to where people are.” In addition to more planned outings to round up participants, the pair made their signs available via a Dropbox link on the project’s Tumblr, and put out a social media call for people to submit their own photos using email, Twitter, and Instagram. Manz said the project had already gotten an enthusiastic response since they posted the initial set of photos on Wednesday.

Newark-based organizations have reached out to inquire about participating, as well, Manz said. She also captured photographs of all three of the city’s currently declared 2014 mayoral candidates – Ras Baraka, Shavar Jeffries, and Anibal Ramos – holding the placards during a mayoral town hall on Wednesday evening. She hopes for more organizations to join the photo campaign, including local schools and religious institutions.

Manz said her and Clemens’ visual, crowdsourced approach was more effective than a verbal response would have been. “It’s very easy when you have energetic, interesting people, like there are in Newark. The people are your assets,” in combating negative perceptions of the city, she said.

“The residents, people who work here, people who play here – this article damages all those people,” Clemens said of the survey results.

“One of the surveyed people said ‘brushes with the local crowd’ colored their view of the city. I thought they used a very broad brush,” to paint a picture of Newarkers, said Manz. “These are some of the people you would meet if you walked down the street here,” she continued, referring to the smiling faces in the project’s photographs.

The project is located on the “Letters from the Most Unfriendly City in the World” Tumblr blog.

Image by Gizelle Clemens, “Letters from the Most Unfriendly City in the World” Tumblr blog

Saxophone Dre chats with a pedestrian between sets. Dre played Broad Street and Raymond Boulevard today, but the Trenton native has played in many other places, from Manhattan to the Jersey Shore. 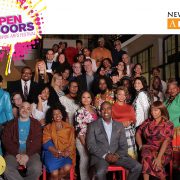 A photo shoot for the ages.