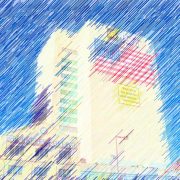 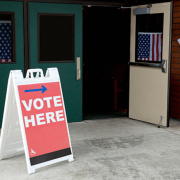 Don’t be deterred by an illusion of political safety, says Rachel Wagner to Newark and New Jersey voters. 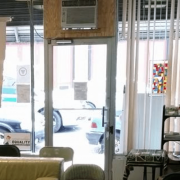 Each month, members of the LGBTQ community, allies, and friends gather at the Newark LGBTQ Community Center for a community dinner based on peacemaking circles and the principles of restorative justice.

With Donald Trump’s 100th day in office fast approaching, comedian and scholar Justin Williams unpacks President Barack Obama’s 100 first days to shed some light on our current leader in these current times.
The similarities are remarkable. 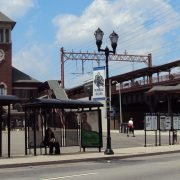 Newarkers need a fast, frequent, reliable, and affordable way to get around their city. Creating a first-class transit network is a policy imperative. 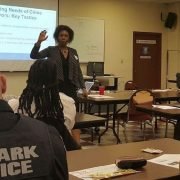 Op-Ed contributor Lionel Latouche is a trauma therapist in Newark. He is also a trauma survivor: his cousin was killed by a New York police officer. In this piece, Latouche recounts his dialogue with Newark police officers and their conclusions about how they can better relate to, and serve, the community. 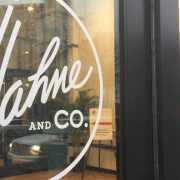 With $2 billion dollars’ worth of development rising out of the ground here in Newark, it’s clear something is shifting in town for real this time.

But for whom? In his latest video, Mayor Baraka rejects the comparison of development in Newark to what is transpiring in Brooklyn, and says we’re going for something a lot more inclusive, equitable and just. 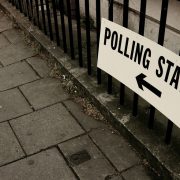 In this op-ed, NJIT professor Reza Curtmola demonstrates his thought leadership on the vulnerabilities of e-voting. 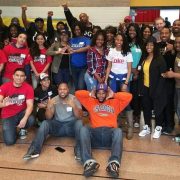 Juneteenth is a portmanteau term made of the two words “June” and “nineteeth” used to commemorate the day when Union soldiers marched into Galveston, Texas, announcing that slavery had been outlawed with the signing of the Emancipation Proclamation.  Now celebrated at the local level throughout the country, American black folks have adopted this day as a day to celebrate liberation, freedom, and self-determination.

However, there is something worth noting: the Emancipation Proclamation went into affect the very first day of 1863. Union troops didn’t get down to Texas until June 19, 1865 – more than two and a half years later.

There are conflicting stories as to why freedom was hidden from these enslaved black people for so long after slaveholders were mandated to release those they had enslaved for nearly 250 years. Some accounts tell a series of unfortunate events explaining the delay, while other, more realistic stories explain that President Abe Lincoln, the man who signed the Proclamation, had little power in the south and little sway with which to order southern slaveholders to do anything. It seems like many slaveholders simply didn’t want to give up the source of labor that had made them rich for more than 200 years.

The chattel slave system, used in addition to big cotton and tobacco business, built the country. The signing of the Emancipation Proclamation is supposed to mark the end of the 250-year old chattel slave economy, but enslaved black men, women, and children were forced to work for more than two years after the document supposedly freed them.

So on this day, the term “celebrate” is a little complicated. It’s true that the Emancipation Proclamation freed all three million southern black people, but the truth of their freedom was hidden from them for so long. It’s stomach turning to think of the amount of deception involved. We celebrate “Juneteenth” as the day of emancipation even though enslaved people had been freed over two whole years prior. How can we appropriately celebrate evidence of the selfishness and cruelty of America against black people?

And we can celebrate by supporting our communities. Many local Juneteenth celebrations, such as the Juneteenth Newark 5th Annual Event, focus on community and self-improvement with guest speakers, awards, black-owned business vendors, and live entertainment. On Juneteenth, we can celebrate all that it took, all that black people have done, to give us the freedom we have today in the face of such a cruel system. We can mourn the countless lives lost in the centuries of the freedom struggle, and we can find love and strength in engaging with our communities today.