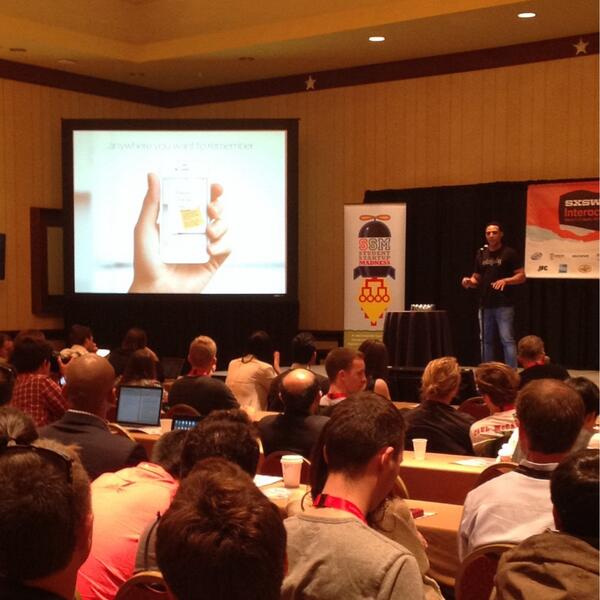 The productivity app Notefuly, which Elizabeth native Taseen Peterson launched with his brother Mark as "Sticky Note" while living in Newark back in 2009, won the nationwide Student Startup Madness competition at South by Southwest (SXSW) yesterday. SSM is the only nationwide digital media pitch competition for college students.

Image: Notefuly.com homepage
Peterson, who has attended Seton Hall University on-and-off due to his business commitments, moved to Newark from Elizabeth for high school at age 13. After graduating, he worked at a mortgage bank for a family friend, first as an unpaid apprentice, then as an employee. Through that opportunity, Peterson developed a set of mentors who he said showed him the ropes of business and entrepreneurship. He said those experiences helped him realize that he was an entrepreneur at heart.
Peterson's business sense helped him recognize that the iPhone would be a huge opportunity when it first launched, even though he didn't code at the time. "When the iPhone was released, I just started tinkering with it," Peterson said when we met at Art Kitchen earlier this year. "The first app I developed was a speed dial app, which was accepted to the Apple Store after six months of trying," he added. 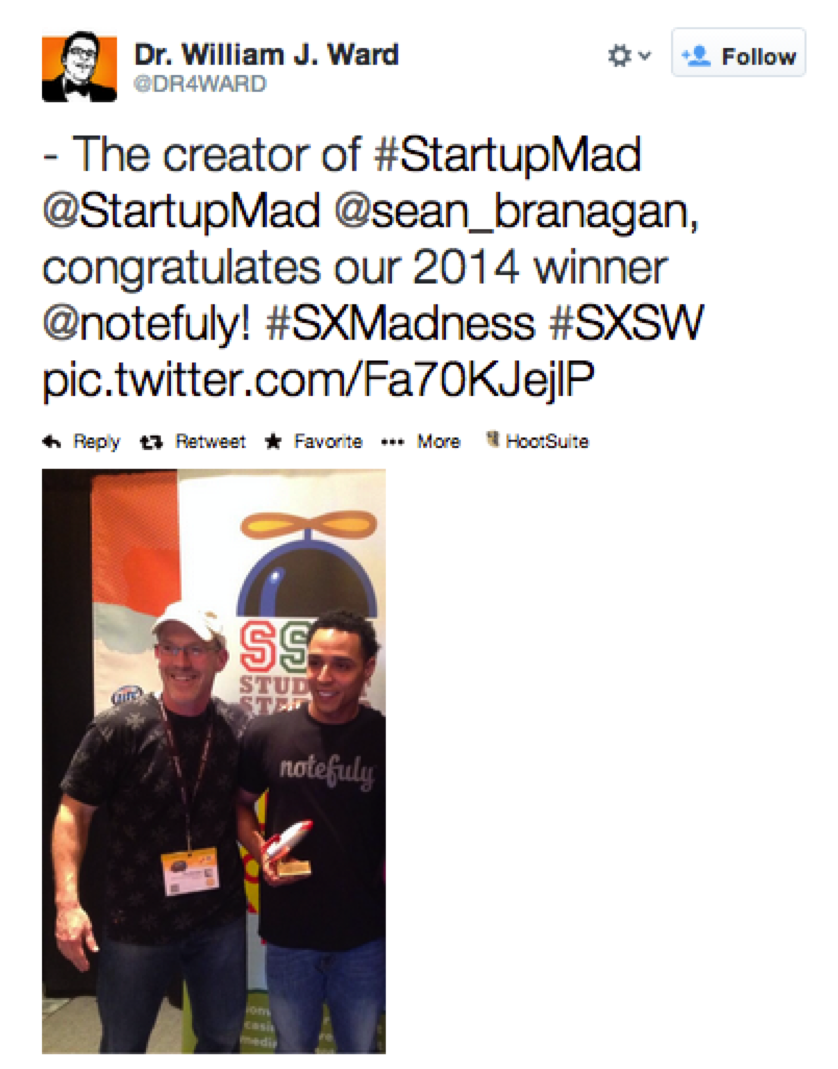 After that first try, Peterson wanted to see how quickly he could get a second app live in the store. He came up with the concept for Sticky Note, which he submitted to Apple in May 2009. The app did well: Peterson recalled about 7,000 app downloads the first month, and 20,000 the second. His company, Tap Factory, was charging $1.99 per download: they'd built a successful app business with no official programming experience.
Now, Peterson wants to turn Tap Factory into an agency that helps businesses with app development and digital and mobile strategy. He created Notefuly to focus exclusively on the app formerly known as Sticky Note. That app focuses on productivity and collaboration, and features its own cloud service, which makes it possible for users to store information in one place and share it across multiple devices.
Peterson said he's been watching the growing technology and entrepreneurship scene in Newark for a while. He'd just met Newark native and co-founder of Brick City Tech meetup Anthony Frasier (who is also at SXSW representing his own company, The Phat Startup) a few days before we sat down, and also knows Lindsey Holmes, a Washington D.C. native, Newark resident, entrepreneur, and technophile who is also attending SXSW.
Peterson is looking to move back to Newark, and discussed the potential he sees in its small but enthusiastic tech community. "I recognize the opportunity that's at hand," Peterson said. "Newark has this growing platform and this community. It needs to be refined, and I think people see the opportunity, and understand the power of what developing the entrepreneur community here can do." As evidenced at SXSW last night, one of the things it might be able to do is spawn more award-winning technologies like Notefuly, and more entrepreneurs like him.
[contextly_auto_sidebar id=”OTimRjTBvbq28HRPCu3xz0E2fYVQYyWP”]
https://brickcitylive.com/wp-content/uploads/2014/03/taseen-notefully.jpg 600 600 Andaiye Taylor https://brickcitylive.com/wp-content/uploads/2018/07/Brick-City-Live-Logo-White-Red.png Andaiye Taylor2014-03-11 00:01:502014-03-26 15:32:45Newark-born app wins South by Southwest pitch competition
Q&A with Newark mayoral candidate Shavar Jeffries