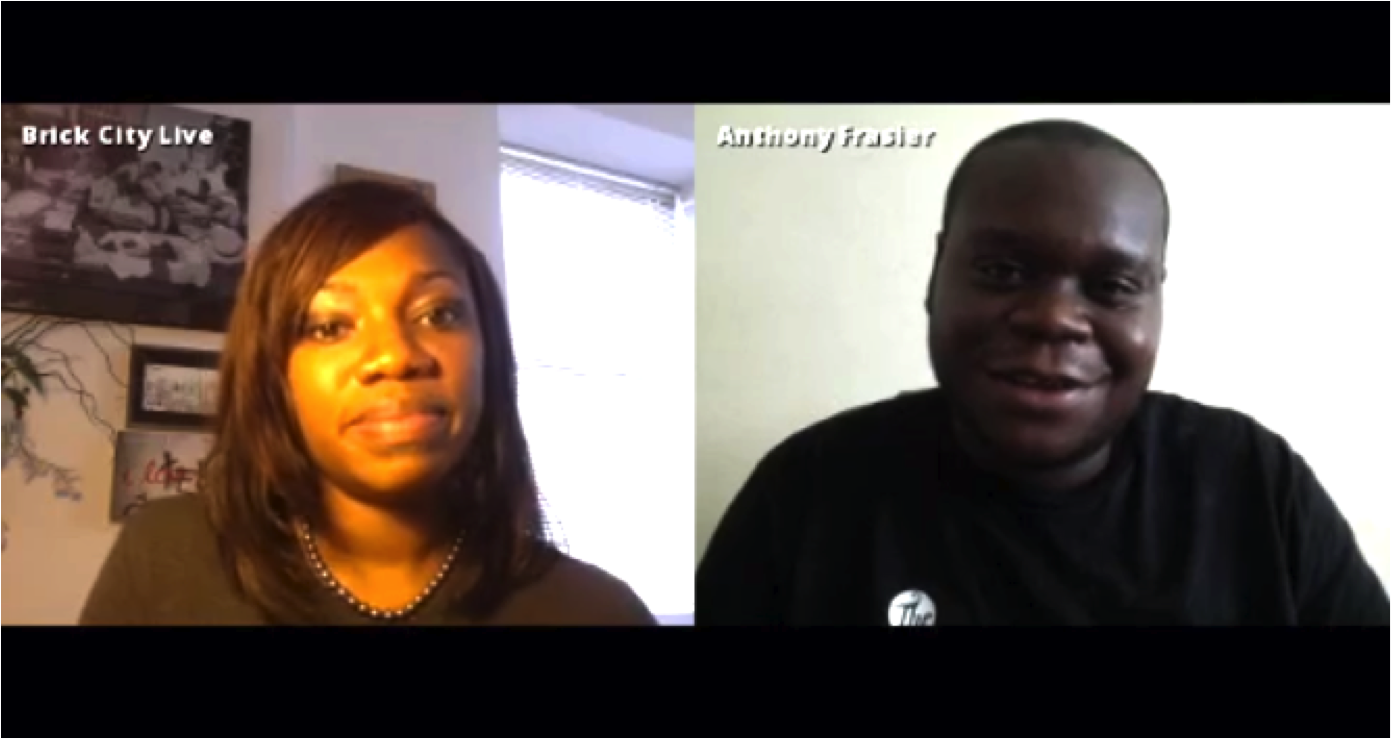 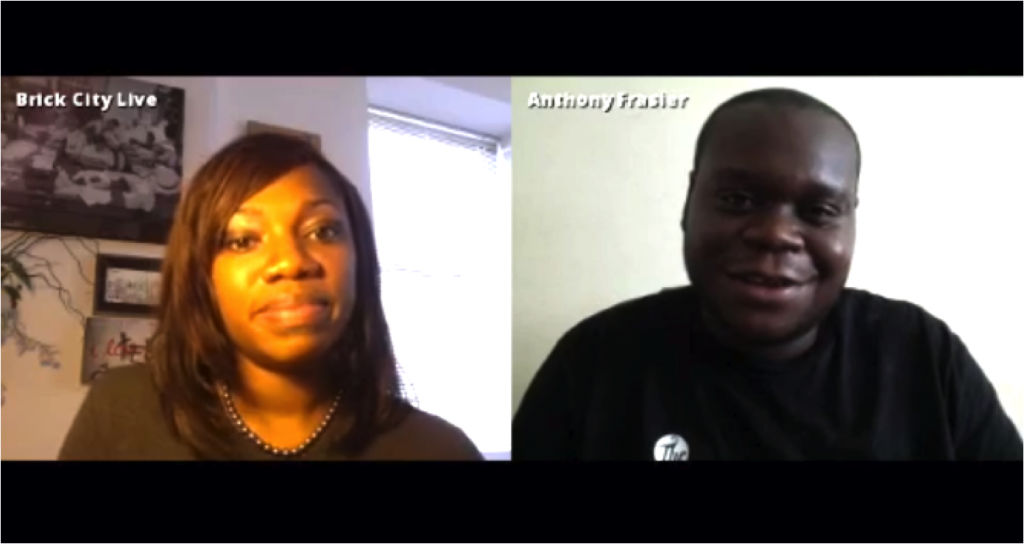 The first time I “met” Newark native and entrepreneur Anthony Frasier, 27, was in 2011. He was on television, being featured in CNN’s documentary Black in America 4: The Promised Land – Silicon Valley, by way of the NewMe accelerator program he’d been accepted into just before filming began.

I met Anthony in person a year and a half later, at a Brick City Tech meetup earlier this spring, and have gotten to know him and his work a little better in the ensuing months. In the below clips from our recent conversation, Anthony discusses how he broke into technology and entrepreneurship. He also talks about the goals of the Brick City Tech meetup, a group he cofounded and now runs with Newark resident and entrepreneur Jimi Olaghere (previously featured on Brick City Live), and The Phat Startup, an entrepreneurship education company he cofounded that has just launched a new closed-beta product named Secret Society. Anthony also previously cofounded the Play’d social gaming application, and The Koalition, a gaming review website.

To prevent overlapping audio, pause video in one tab before moving on to the next one.

“I quit my job and flew to…Los Angeles the next day.”

“We know the questions to ask these entrepreneurs.”

“They know that there are gonna be people in the room who are just like them.”

To connect with Anthony, follow him on Twitter @AnthonyFrasier, visit his website (www.anthonyfrasier.com), and check out his ventures, The Phat Startup and The Koalition. If you’re a tech entrepreneur, aspiring tech entrepreneur, or tech enthusiast in or near Newark, check out the Brick City Tech meetup.

This Saturday in Newark (in photos)