Voices Up: Summit organizers hope to jumpstart a tech wave – with Newark at center 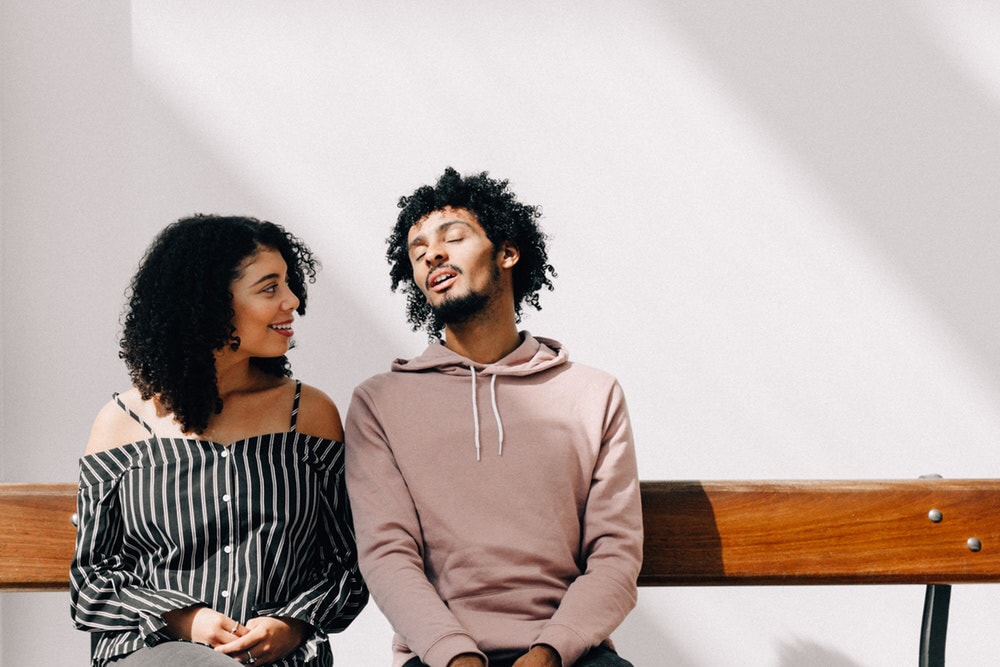 Technologists are betting on voice as the basis of the next big technology wave. Photo by Alex Holyoake/Unsplash

The “Voice-first” revolution is coming.

And if Pete Erickson has his way, it’s going to start in Newark.

Have you ever queried an Amazon Alexa about the weather? Asked Google Home’s Assistant  to phone your sibling? Prompted Apple’s Siri for directions? Spoken with Microsoft’s Cortana on your gaming system?  Or, perhaps you’ve answered voice prompts to check your credit card balance, or even “conversed” with a retailer’s chatbot online. In any of these cases, you’ve already bumped up squarely against voice-first technology.

And what we are seeing, experts say, is only a speck of what is to come.

Much the way that the advent of handheld devices spurred the creation of the billion-dollar mobile industry and birthed startups like Instagram and Uber, society may be on the verge of another tech transformation and proliferation of new businesses, according to Erickson. He is organizing VOICE Summit 2018, a three-day event he describes as the world’s largest and one he hopes to make an annual event for Newark. The summit will kick off Tuesday, July 24, and run through Thursday, July 26, and will be staged at the New Jersey Institute of Technology’s year-old, $102 million Wellness and Event Center in Newark.

“We wanted to have one place where you could go and get caught up on the voice-first era and what to do about it going ahead into 2019,” said Erickson, founder of Virginia-based Modev, specializing in organizing events for techies, like meetups and hackathons. “It’s a big tent event. We want to bring everyone together – not just developers. If you are an entrepreneur, if you are an organization interacting with your customers, you need to know about this. What is the state of the market for voice? How are companies grappling with this new era? And how are they entering into this new market?” 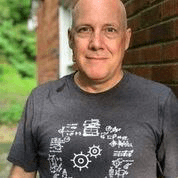 Newark’s economic climate is ripe for producing new tech companies based on voice-first technologies, says Pete Erickson, who is organizing a major Voice Summit later this month in the city. Photo courtesy of Modev.

The event will feature over 150 speakers, offer 11 tracks, and make available Amazon-sponsored, hands-on training for those interested in developing custom apps for Alexa. The packed schedule will include a keynote by NJIT alum David Isbitski, “chief  evangelist” of Alexa and Echo at Amazon, along with presentations by Howard Leman, founder and CEO of Yext, a digital knowledge management platform for small businesses, and Chiori Hori, principal research scientist of  Mitsubishi Electric Research Laboratories in Cambridge, Mass.

Leaders from the healthcare sector, including New Brunswick-based Johnson & Johnson and the Mayo Clinic of Minnesota, as well as those from banking, broadcasting, and education will speak on a broad range of topics, from research on “artificial empathy” to the fanciful  “Alexa Goes to College.”

Forbes magazine earlier this year dubbed voice-first technology as “the next big thing” because of the rapid advancement of the technology underlying it and the pervasiveness of its products. Voice-first simply refers to voice-enabled product platforms, usually taking the form of smart speakers, and is so named because the primary information input and output is spoken, rather than typed.

Newark is the natural site for the summit, Erickson said. After winning Amazon’s sponsorship and then querying multiple cities as potential sites, he said, Newark’s proposal stood out in that it represented a consistently excellent, unified response. The proposal included input, he said, from Mayor Ras Baraka’s office, NJIT, the Newark Community Economic Development Corporation (Newark CEDC), the Greater Newark Convention & Visitors Bureau, and leaders of the city’s burgeoning tech scene.

“When we sat back and looked at the proposal, while also knowing that NJIT had this beautiful new center to be the home base for the event, it was so clear that Newark was the answer for us,” Erickson said. He is expecting attendance to reach 2,500 at the upcoming summit and to double next year. By its third year, he hopes to draw 10,000 people. “We would love to see this event take over the city,” he said. 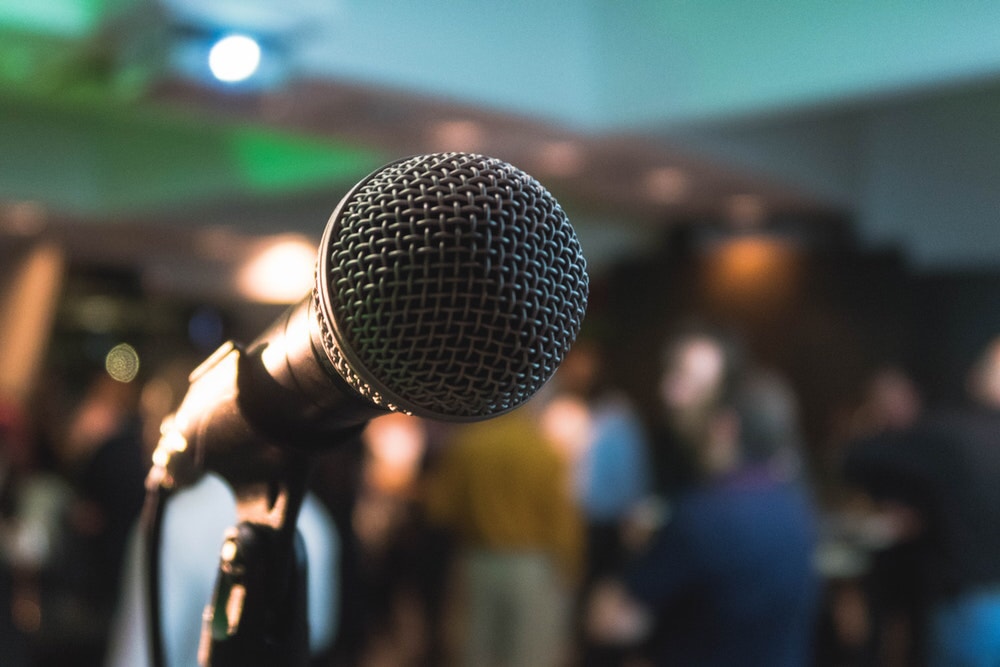 New forms of technology based on voice are expected, due to advances in cloud computing, artificial intelligence, voice recognition and the ubiquity of the internet. Photo by Kane Reinholdtsen/Unsplash

The existence and potential availability of Newark’s large, diverse talent pool also served as a key factor in attracting the VOICE Summit organizers to the city, according to Aisha Glover, president and CEO of the Newark CEDC. “The individuals who will be going to the summit are representative of that talent,” said Glover, who was involved in drawing up the successful event proposal..

“We have a growing tech hub,” Glover added, with pride, “with all the usual suspects of tech Inc.’ers.”

Audible, an Amazon-owned company and the world’s largest producer of downloadable audiobooks, is headquartered in Newark, she noted. And at insurance giant Prudential Financial, also Newark-based, over half of its city workforce is engaged in technology, she said. Glover also pointed to technology-based companies in Newark such as the Panasonic Corporation of North America, Gadget Software, and Phone.com as exemplars of Newark’s tech base. The city’s start-up culture, as seen at places like the Newark-based  Equal Space, the state’s largest technology incubator, and the Enterprise Development Center at NJIT, is blooming, she said.

“It’s difficult to find an entrepreneurial ecosystem with a good balance of large corporations and smaller start-ups, but it is definitely here in Newark,” Glover said. “And it’s a great representation of the spectrum of technology.” 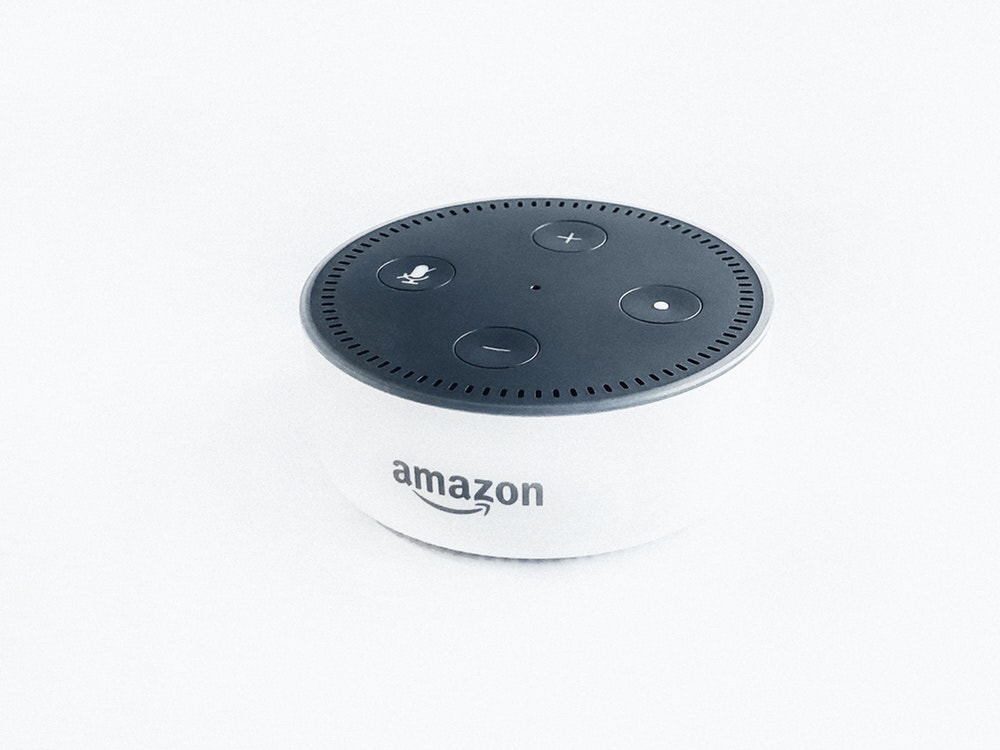 Companies like Amazon are betting on their voice-first products to drive a new market sector. Photo by Rahul Chakraborty/Unsplash

Modev’s Erickson believes that a business climate like Newark’s offers fertile soil for the development of new voice-first companies. “What’s happening now is that there is a convergence of a number of different technologies really driving this,” Erickson said.

The massive amount of computational computing that is present in “the cloud” allows a person to elicit quick responses on nearly any question from a smart speaker, he said. Gains made in the science of  artificial intelligence, a branch of computer science dealing with the simulation of intelligent behavior in computers, and the mathematics of algorithms, step-by-step procedures for solving problems or accomplishing some end, are also factors.

Other drivers, Erickson said, include leaps in speech recognition, a part of computational linguistics that enables comprehension  and translation by computers of spoken language into text, and the ubiquity of the high-speed internet.

“There will be voice-first companies that make it into the mainstream that we don’t know about today,” he said. “New brands are going to emerge. Young entrepreneurs are going to find and interact with each other. They are going to make voice-driven, revolutionary leaps ahead.”

Review: ‘Whitney’ unpacks the rise and demise of a pop powerhou...

Hudconja City Without Walls has closed its doors. What happens next?
Scroll to top