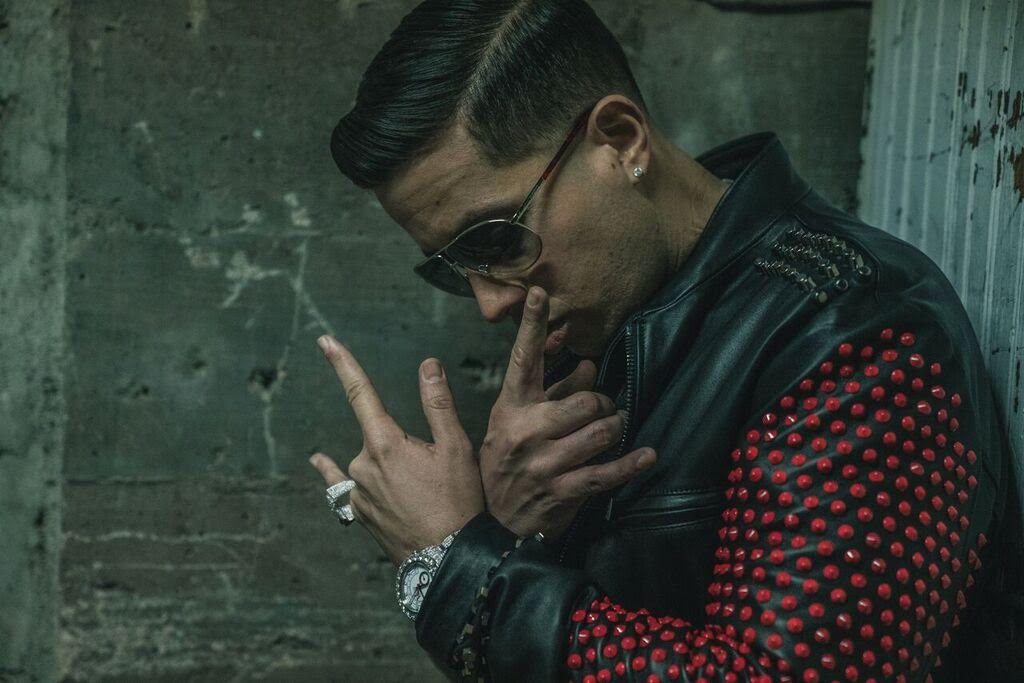 In a coffee shop, shortly after my interview with genre-blending, Latin/trap/hip-hop /R&B/Reggaeton/soul sensation De La Ghetto, Bob Dylan’s “The Times They Are a-Changin’” plays.

Fitting. After all, whether it is an increasingly circus-like White House or a gospel choir at a British royal wedding, politics and world affairs are certainly a-changin’.

The entertainment business is not immune. The fall of iconic names like Weinstein and Cosby are signaling what may end up to be a seismic shift in Hollywood ethics, while media tech giants Netflix and Hulu have changed the movie- and television-watching landscape entirely.

In the past, one might fake-spoil a movie with the joke, “Everyone dies.”

These days, you can never be sure.

When it comes to new rules, the music business is no different. Rappers winning Pulitzers. Songs reaching #1 on Billboard without significant radio play. Streaming wars. The impending death of the mp3. Politics starting to creep back into the commercial musical landscape, and by extension, the national dialogue.

It has become an atmosphere primed for entrepreneurialism, favoring artists who know how to carve their own path, artistically and commercially. The inventive trendsetters who capitalize on small successes through dogged determination and persistent grind, learning how to use these ever-changing environments to their advantage.

In many ways, 33-year old De La Ghetto personifies those qualities. A fixture on the Latin music scene for more than a decade, the New York-born, Puerto Rico-raised singer-rapper has risen through the ranks of reggaeton pioneers, despite a musical bent toward American styles of hip-hop and trap, which ironically almost threatened his ascension.

“I was ahead of my time,” De La Ghetto told me. “When I first started out, people used to tell me, ‘That stuff is good but people want to listen to reggaeton.’ But I always wanted to do what felt good inside. I always followed my gut when it came to music.”

It was that forward-thinking execution that allowed De La Ghetto to position himself in ways that have boosted his career at several key moments. An early proponent of using the internet to promote his music, he mastered the art of giving away music for free, a move that currently buzzing artists like Chance the Rapper have received wide acclaim for adopting.

“We used to put music out on Myspace, and we would get kids from Mexico, Argentina, Peru, New York commenting on us,” De La Ghetto remembered. “So we used those tools to the fullest. My first tour, I was out in Paris thanks to Myspace and Youtube.”

At the time, it was against the grain, as artists were seeking to capitalize on the newfound avenue of iTunes to sell music. “There was a reggaeton act that would tell me I was messing up the game, bootlegging all my music,” De La Ghetto recalled. “But people in the hood didn’t have iTunes to buy music. People in poor countries like Colombia, Dominican Republic, Peru, they didn’t have money. So I didn’t really care about money from the internet, I just wanted to get out there, get that show money and travel the world.”

Soon, the combination of an instinctive approach to the evolving digital music scene, performing with fervor in smaller, local venues (he visited Newark’s Baru Lounge back in 2015), the success of a few choice singles, and an expansive artistic versatility helped catapult De La Ghetto to the upper echelon of the Latin music world. And while that aspect of the music industry has since begun to shine more light on the “Latin trap” movement, De La Ghetto is already looking forward, past the sub-genre he helped build.

It is the mix of influences — New York roots, Puerto Rico’s varied musical atmosphere, imported American pop music vibes — and a willingness to adapt that has helped De La Ghetto excel in an increasingly global music market. After all, even music titans — the Drakes and Rihannas of the world — have had to work to incorporate world music elements to elevate their craft, and their reach.

For De La Ghetto, those transitions were much more effortless.

His current single once again unapologetically crosses boundaries. Featuring Paterson, New Jersey sensation Fetty Wap, who exploded on the hip-hop scene in 2015, “F.L.Y.” is a slow-rolling, braggadocio-laden amalgamation of current pop music vibes. Over a Play-N-Skillz-produced track, De La Ghetto weaves rapping and a melodic chorus, complimenting Fetty Wap’s own trademark sing-song style. Throughout, De La Ghetto sounds as comfortable spitting in English on a canorous trap song as he has been through the years over more traditional reggaeton-styled tracks.

With nearly seven million views on YouTube and 1.2 million Spotify streams as of this writing, the numbers show that fans of both artists seem equally comfortable with the collaboration, which will likely help expose De La Ghetto to audiences previously unfamiliar with his work.

“My audience is more of a Spanish crowd, but over the years I’ve created a sound so they can get used to what I’m doing,” De La Ghetto explained. “It’s not like I just started doing English and hip-hop — I’ve been doing this. But my new fans, who’ve never seen me do that, mess with it also, because the 15-, 16-, 17-, 18-year olds are more advanced on this new Spanish hip-hop era, because of the internet.”

Indeed, while connecting with a well-known American artist is a tactic Latin artists have often used in an attempt to expand their reach into English markets, it may be less necessary than it has been in the past. With unprecedented crossover success in recent years of Spanish-language songs such as “Danza Kuduro,” “Despacito” and “Mi Gente,” American pop music audiences have demonstrated a growing acceptance for foreign music, which De La Ghetto has experienced directly.

“I was at [the Powerhouse concert] in L.A., an all-English crowd,” he recalled. “I’m not gonna lie to you, at the beginning it felt a little weird. But the good thing about American crowds is that they might not understand what you’re saying, but if you project yourself well, they’ll mess with you.”

De La Ghetto plans to continue to build on his cross-genre versatility and cross-border successes in his long-awaited album, Mi Movimiento, due out later this year on Warner Music. “My first album dropped in ‘09, and I haven’t dropped an album since then,” he said. “I just dropped mixtapes, so I’ve been working on this for years. It has that urban American flavor, but for my Latin crowd. Almost all my fans are from the States. So I did this album for the new generation, the kids that speak both languages or the Spanish kids who don’t really speak English, but mess with the English music. So it has a little bit of everything — some R&B, a little bit of dancehall, a little bit of reggaeton, hip-hop, trap — it’s a little bit of everything.”

In all, it would seem that De La Ghetto’s natural ability to morph linguistically and musically, coupled with a keen understanding of changing tastes of music lovers throughout the world, will continue to serve his movimiento well, no matter how much the times a-change.

Manny Faces is an award-winning journalist, lecturer, podcaster and DJ. He is the founder of the online hip-hop publication Birthplace Magazine and a non-profit, The Center for Hip-Hop Advocacy, which works to increase public understanding of hip-hop culture. Manny also produces and hosts “News Beat,” a groundbreaking social justice podcast that blends hard-hitting journalism with music.